‘Lucifer’ EPs on Final Season 6 Deleted Scenes, Why They Were Cut

Lucifans will enjoy a few new dances with the Devil and his friends when Lucifer‘s sixth and final season arrives on DVD.

Lucifer: The Sixth and Final Season, out Tuesday, Sept. 13 (and available for pre-order here), features all 10 episodes from the supernatural-tinged procedural’s farewell run, plus some deleted scenes and a gag reel.

Ahead of the DVD set’s arrival, TVLine reconnected with Lucifer showrunners Ildy Modrovich and Joe Henderson to get a peek inside some of the snipped scenes, revisit an infamous Lauren German antic, and size up The Sandman‘s own take on the ruler of hell.

TVLINE | What sort of deleted scenes can we expect on the final-season DVD set? What favorite children did you have to cast aside?
ILDY MODROVICH | They’re pretty much all from one episode, and I can’t remember why we cut them. [Joking] Joe hated them and I couldn’t convince him!
JOE HENDERSON | [Playing along] I was like, “Ildy why are these scenes so bad?! What were you thinking?” No, it’s funny because I went back and rewatched them really quick, and I think that the scenes are sort of just connective tissue scenes, and it was one of those situations where we realized that we wanted to move forward a little more quickly.

I think that in the case of Episode 8, which is where the scenes are cut from, they were just big enough to actually be their own deleted scenes, but so often when you’re sort of going through the connective tissue of episodes, you’re trimming the tops and bottoms of them when you realize you don’t necessarily need as much to set up where you’re going. These just happen to be longer scenes that were deleted.

TVLINE | So they’re all from Episode 8?
JOE | They all came from Episode 8, “Save the Devil, Save the World” (the “bottle episode” in which Lucifer & Co. pore through Linda’s book). There are three scenes from that, and they’re good scenes, too. They’re a little more texture, a little more character. but in particular it’s an episode that has a bit of talkiness to it, so I think it was “momentum trims” to keep things moving forward.

TVLINE | Is there any Maze goodness among them?
JOE | There is a bunch of Maze in it. There’s a couple great shots of Lesley Ann [Brandt] in her awesome costume with the blue contacts and everything. There’s a bit more of that. We were wracking our brains trying to remember what we cut because we used almost everything. We tried to give the fans everything!

TVLINE | Especially with your unlimited Netflix running time!
JOE | It’s funny, Season 6 has the shortest and longest episode. Not the shortest ever [including the Fox seasons], but it might be the shortest ever. Episode 3 is 42 minutes, which is just under the network run, and Episode 8 is an hour five [minutes], I think.

TVLINE | In all your time on Netflix, was there anything you ever pulled back on even though maybe you didn’t have to, like language or sexuality?
ILDY | [Joking] We did have that orgy scene that we cut.
JOE | We should pitch it to Matt as a “deleted scene”! [Laughs] In Season 4, we played around a lot with saying f–k because it was sort of that question of, “How edgy are we, how dark are we?” So, we have a bunch of deleted scenes of the actors dropping F-bombs almost everywhere, because what we realized is we’ve got three seasons of show that consistently doesn’t use that word, and also we have a show that people do unexpectedly watch with their family. So, we wanted to sort of maintain that tone and that world while also still playing with our new toys. That’s where the genesis of us finally using it in Season 5 came from, us going, “OK, if we’re going to make this a very special thing, how do we hear it in the least special way possible?” — in as much as it’s just Lucifer being as petty as possible.
ILDY | “He f–king shot me.” What was funny, too, is that our actors were like, “Hey, we’re on Netflix!” So even if it wasn’t even in the script half the time, they’d just be like, “I really think I should say ‘F–k you’ here.”  Then they’d say it and we’d just go, “I think we shouldn’t use it here.”
JOE | Release The F–k Cut! 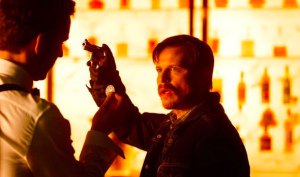 TVLINE | If I had a genie and could give you one extra episode… what would it be about?
JOE | I would love to do an episode where we revisited Malcom’s character from Season 1 (corrupt homicide detective Malcolm Graham), because Kevin Rankin was a great actor and actually there were a couple times we came close to revisiting the character in Hell in some way. The problem is that Kevin Rankin is a very busy man because he’s a very excellent actor, but as our first villain, that would have been great to explore.
ILDY | I wouldn’t have minded going to Mom’s World where Mom and God are now, and save some horrible situation from happening there. It’s all centaur people there, is what we always said. All centaurs. Or, the thing that [TV shows] used to do in the ’70s and ’80s is go to Hawaii! I feel like the Lucifer cast in Hawaii would be goofy.
JOE | I have one other: An entire episode of just Lucifer and Father Frank (played by Colman Domingo) playing dueling pianos the entire time. I would live for that.

TVLINE | I’ve heard two things on the grapevine I want to run by you. One, was there once talk of a Maze spinoff?
JOE | There are always talks about spinoffs…. I mean, honestly, especially early on, yes — and then one of the big things we focused on making sure we told as much story with all of our characters, knowing this was our one shot, as possible, and then finishing the season and then discussing any spinoffs after. Especially once we made Maze a bounty hunter, all that stuff, we fantasy-created that show in our heads. There was a bunch of times, especially Seasons 2, 3 and 4, when we were saw all of the potential of these characters. Then we sort of refocused on, “How do we make sure that we tell every story we can with them with the time we have?” And then if we are ever lucky to have future spinoffs, we will have to be clever enough to find a new story. 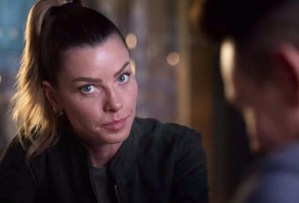 TVLINE | I’ve also heard that Lauren German once got called to the proverbial “principal’s office” for something she wore on-set….
ILDY | [Laughs] This is somewhat true, and yet “not in trouble for it.” It was more like, “You know, in this landscape, as funny as that was….” Should we just say the story? It was kind of funny.
JOE | I think Tom [Ellis] has told it, so I think we’re late.
ILDY | She wore this, like, camel toe sort of thing that you would wear under clothes….

TVLINE | It was described to me as an “outside camel toe” — and I wasn’t quite sure on what that was?
ILDY | Well, she put it on over her pants and showed up to set, and it was the episode where we were…
JOE | “Once Upon a Time,” the alternate universe one.
ILDY | Yes, it was at the Griffith Observatory, and she just came out to rehearsal wearing it, and she was like, “All right, you guys, ready to go!” She didn’t want to comment on it, she just was wearing it.
JOE | Germ was the bluest humor on set, I would say. She is the one that was always hilariously profane and entertaining the crew as much as possible. And they deserved some entertainment because, dear Lord, the hours every crew work are a lot. So, yeah, the outside camel toe was for them.
ILDY | What’s funny about Germ is that she was this sort of straight man on the show, but she really was the funniest mother-eff off-camera. 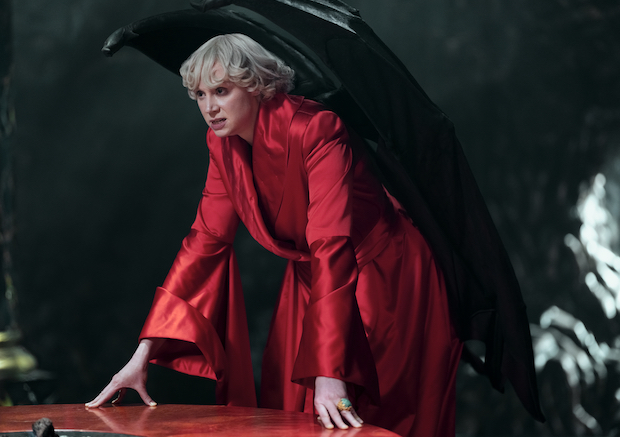 TVLINE | Lastly, have you had a chance to look at Netflix’s The Sandman adaptation yet? Any thoughts on their world’s Lucifer (played by Game of Thrones‘ Gwendoline Christie)?
JOE | I loved her. I love it. It’s funny, many of the fans were like, “Why isn’t it Tom Ellis?” If you watch the show you see why, because her Lucifer is cruel, and brutal, and awesome. And it would break our hearts if Tom Ellis played that version of it, because ours is very sweet and kind. I love the differences, and I want to write the road trip spinoff of the two of them traveling America together and getting in trouble!

Lucifer: The Sixth and Final Season is available Tuesday, Sept. 13 (and available for pre-order here),

How to Support Someone Who Has an Eating Disorder