As teenagers, my older sister and I were each other’s closest confidantes but by the time Fauzia died, at the age of 45, so much of her life had become unknown to me. I am not sure who pushed the other away first, but distance grew between us until it became an unbreachable gulf.

Our lives had taken very different paths: she had developed an eating disorder and debilitating depression in her late teens. While I left home and trained as a journalist, the eating disorder left her life grounded.

In April 2016, Fauzia felt acute chest pains and became severely ill with a mystery illness. By then, she had suffered from bulimia and anorexia for decades which left her frail. She was hospitalised but the doctors failed to diagnose her and only realised she was, in fact, suffering from tuberculosis the day after she had a catastrophic brain haemorrhage in June that year. It is an illness linked to malnutrition, among other things, and can become deadly for those with compromised immune systems. Fauzia was still restricting calories in the final days of her life.

I was 43 years old, and in the maelstrom of my grief in June 2016, I began to think back to who we had been as sisters and how I had looked to her to lead the way. Compulsive eating had formed part of our closeness as teenagers; when Fauzia first said we should go to our corner shop and bring back a bag of confectionary to eat together after dinner, I did as she suggested. We talked and watched TV as we ate, and it was a deliberate act of excess: nine or ten chocolate bars at one time along with family packs of crisps and sugary drinks. The amount consumed every night grew bigger and we borrowed pocket-money ahead of next week to buy it, until it turned into an unstoppable compulsion.

‘Compulsive eating had formed part of our closeness as teenagers’

I was around fourteen and she was sixteen, when it began. By then, Fauzia had already begun finding fault with her body, complaining she was too fleshy although she was far from overweight. As children, our parents had shuttled between Britain and Pakistan, until settling in London when I was five years old. For a few years after our arrival, we lived in poverty and I remember cleaning my plate of every last morsel at mealtimes. As a result of those early years, Fauzia and I were lean, though she was taller, stronger and bigger boned than me.

The binge-eating was initiated when we were no longer as poor. I did it unthinkingly, because I was following Fauzia’s lead, and even though it left me bloated and in pain afterwards, it brought its own comforts. It felt like Fauzia and I were creating our own sisterly bubble. Our mother saw what we were doing and warned us against it but that didn’t stop us. We began rejecting her homemade food. She was a talented cook and we had grown up on traditional Pakistani food but she had learned British and Italian cooking too, so she made a variety of dishes every night. We would sometimes pick at what she had cooked but more often fill ourselves up with junk food instead. 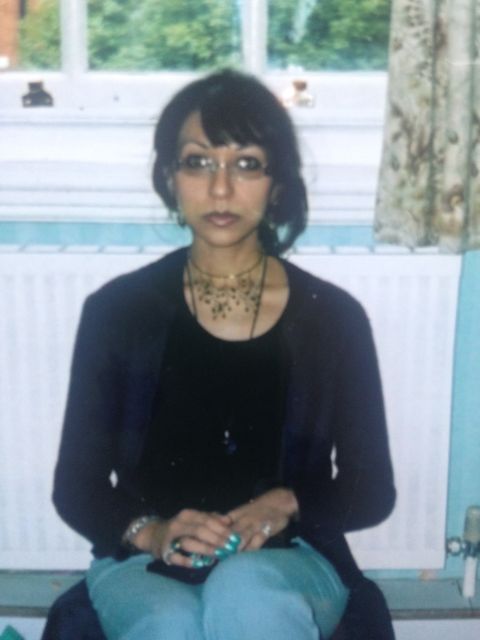 Fauzia Akbar, at her home in Kilburn

Within two years, we were eating recreationally, addictively, for hours at a time most nights. I felt a daily urge to eat compulsively and then a depression descend soon after I had binged. While Fauzia began putting herself on fad diets and speaking of her body with self-loathing, I zoned out of mine, dissociating from its sudden largeness. And where she began purging – vomiting or taking laxatives – I simply gave in to the weight gain.

Then, aged 19, I left home for university and when I returned after the first term, I had lost all the extra weight. I had stopped bingeing without noticing at first because I was so busy with the excitements of student life. When I saw the weight-loss, I felt pleased but it had already set an emotional pattern, and it became something I couldn’t stop, even if there was a short hiatus to the binges in my first few months at university. In the next few years, it flared up so vehemently that it felt hardwired and uncontrollable.

I was desperately worried about Fauzia after leaving home and guilty too because she no longer had me there to support her through her lows, but I was dealing with my own life and felt increasingly frustrated by the fact that whatever I suggested, nothing seem to work. I would go through a period of eating compulsively and then under-eat and over-exercise, spending most of my twenties in repeated cycles of deprivation and excess. My sister and I both talked about it, acknowledging it as a problem, but that didn’t diminish its power.

I would eat compulsively if I had had a stressful day, but it could just as easily be sparked by a celebration or seeing food in front of me at a dinner party.

For decades, it left my body in pain: ankles swollen and a racing heart from the sugar highs and swooping, sedative lows. Yet it brought neat divisions too: the days of control and self-denial were a respite from the internal chaos. The bingeing that followed was a reminder of my failure but also, ironically, a warm, welcome blanket of numbness, which felt like exhaling before I held my breath again. I never hid the habit, confiding in friends, trying to seek solutions from them, and eating uninhibitedly in front of them too. Some accepted it, but I saw how others judged me, expressing shock as I heaped my plate high, as if a woman with a large, unrepentant appetite was an affront to their sense of decency.

At times, it threatened to take over, but I just about managed it so that it co-existed with a successful career as a journalist, in its own parallel world. But Fauzia’s disorder took a total grip on her life. She never hid her compulsive eating either so everyone in the family became aware of it but seemed not to know how to fix it, and neither did her psychiatrists. By her twenties and thirties, she had a daily habit of purging, as well as using diet pills, and there was even more extreme eating followed by fasting – only water for a week at a time – until she looked dangerously underweight. 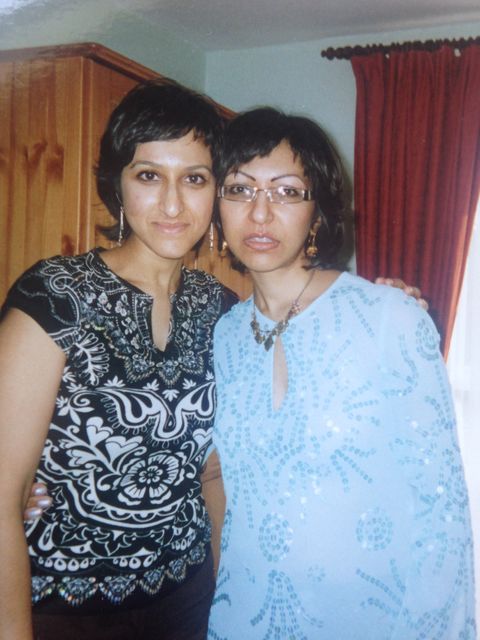 Arifa, (left) and Fauzia, (right), at their parents’ home in Primrose Hill, London

Where her disorder only got worse, I felt something shift in my late thirties. The cycle of eating compulsively, then going hungry, had become exhausting and I had got less good at restoring order after chaos. I went to the doctor after developing a painful lump on my thigh, which, I was told, was common in those with obesity or high cholesterol levels.

I was referred to a surgeon but when I told him of my bingeing habit, he dismissed it as a cause because I was just a few pounds over eight stones. It was a bitter irony, feeling ill inside yet appearing healthy to the world. I went back to my doctor who this time referred me to an eating disorder clinic. Every week, I’d discuss what I had eaten with a therapist, and even though these sessions didn’t help me significantly, what was transformative was the food diary I was asked to keep. When I began flicking through its pages, I saw so much of the food I ate came out of a packet.

Until then, I had only ever bought food I could eat almost straight away: smoked salmon, ready-made salads, things that could be quickly warmed under a grill. I cooked nothing because I didn’t know how. I wondered if cooking could be the answer to my insatiable hunger. I spoke to my mother about it and she gave me small bags of ground coriander, turmeric, chilli and cumin – the four staple spices for Pakistani cooking. I began phoning her for lessons because it was quicker than travelling across North London to her house for lessons every…

Read More:A Recipe For Survival: Cooking My Way Through Eating Disorders And Grief