Welcome to our new Binge Report format, where instead of tracking binge sessions, we are now keeping track of the most popular original series that Americans have been streaming in the last week. For those interested in Australian numbers (provided to us by streaming search engine JustWatch), please have a look here

The TV Time app (iPhone and Android) helps users organise their streaming plans. The data here is tracked from American users of the app and some shows listed are not available in Australia without the use of a suitable VPN.

Netflix’s unstoppable juggernaut, and its biggest show ever according to Netflix content chief Ted Sarandos, Squid Game shot to the top of the streaming originals charts for the week of September 27 – October 3, 2021, based on tracking data provided to us by TV Time for the American market.

“Squid Game” was only 8th on the same chart last week, but the show that everyone’s talking about shot to the top this week, “eliminating” all others before it. 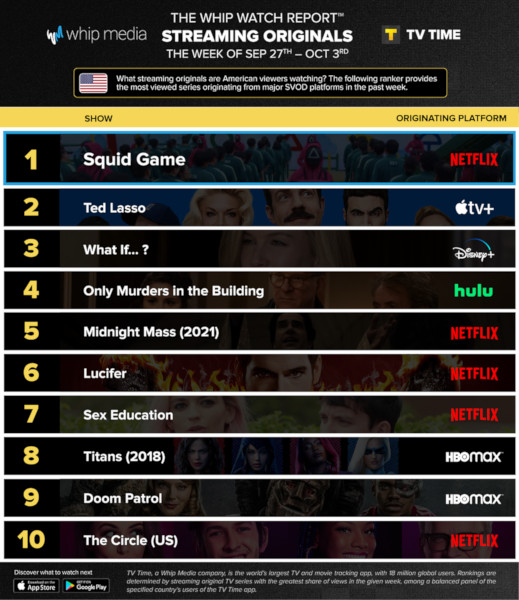