A rom-com starring Agents of S.H.I.E.L.D. vet and almost-Powerpuff Girl Chloe Bennet is among the TV-movies that now have a premiere date at E!

Married by Mistake, starring Bennet, Anthony Konechny (Supergirl) and Blair Penner (Van Helsing), is set to premiere Sunday, March 5 at 9/8c, it was announced on Sunday as NBCUniversal kicked off its slate of panels at the Television Critics Association winter press tour.

The rom-commy premise: After learning that her dream job has fallen through, Riley (played by Bennet) has a drunken night out with her best friend Nate (Penner)… only to find themselves the next morning in Las Vegas and married. (Hey, that’s where the title came from!) With no job prospects on the horizon, Riley takes Nate up on his offer to move back to his hometown in Tennessee to help rescue his family’s business. Riley’s determination to make a name for herself in the company is complicated by the arrival of Nate’s ex-girlfriend and his attractive older brother (Konechy). “Will Riley and Nate be able to keep up the ruse, or will romances both new and old get in the way?” Git your guesses in now! 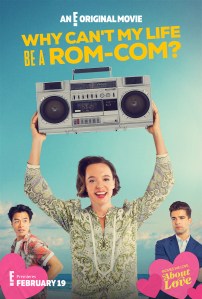 Other TV-movies getting premiere dates at E!:

The premise: Eliza (played by Haine) is smart and independent, but after years of bad boyfriends she finds herself newly single, jobless and questioning all of her decisions. Throwing caution to the wind, Eliza follows best friend Sofia (Deacon) to the Hamptons and decides to change her approach to romance — ultimately landing in a love triangle between Rich (Tarasiuk), a perfect doctor, and Doug (lee), the towel boy at a Hamptons hotel. 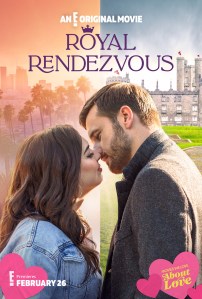 Royal Rendezvous, premiering Sunday, Feb. 26 at 9 pm and starring Isabella Gomez (One Day at a Time), Ruairi O’Connor (The Morning Show) and Ronan Raftery (The Rook).

The plot: An East L.A. chef is invited to a manor in Ireland to cook for the royal banquet in an effort by a Lord to convince his grandmother not to sell their home. All the while, budding romances threaten to derail the entire plan!

Watch a trailer for the trio of TV-movies below:

TV Ratings for Monday, Dec. 19: ‘The Wheel’ Premiere on NBC

Only Murders in the Building: What Happened to Oscar in Season 2 Explained