How can they ever know “normality” again when they must live with what they now know? They can’t unsee the evidence of what Couzens did to Sarah before he killed her. They can’t unknow the gruesome details of her final moments. That knowledge will haunt them until their last breath.

And if all that wasn’t enough, in burning her body Couzens deprived them of one last look at her. He stole their final goodbye.

Yet, despite all that, the Everards found the courage from God knows where to face down Couzens in court. It was the last thing they could do for Sarah and so, with every last ounce of strength, they demanded he look them in the eye while they told him what he had taken from them.

The gutless Couzens was no match for their courage. Eyes pinned to the floor he couldn’t look at them – at their loss, their pain. And if this creature has a shred of conscience it’s to be hoped that in the years ahead when every day of what is left of his miserable life will be spent in the company of THE most depraved killers and paedophiles, what he heard from Sarah’s family in that courtroom will haunt him.

People say time heals – it doesn’t. It just allows people like the Everards to get through the days, the weeks, the months that stretch endlessly in front of them. They exist hoping that one day there might be something more – they might laugh again or experience something that passes for happiness. But till then what happened to Sarah will continue to rip at their broken hearts. So when people talk about a murder – it’s never just one life that has been lost. 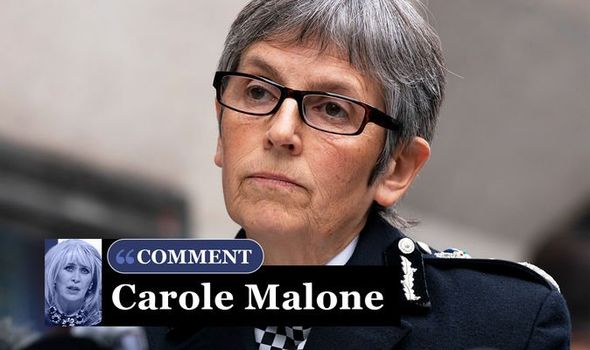 What about Couzens’ two children who were in the house when the man they called Dad was arrested? They had no idea this man they loved and trusted as their protector was a cold-blooded killer yet they will grow up in the shadow of that, be tainted and shamed by it. They, and his wife Elena, will always be “the pervert killer’s family”. That’s the life Wayne Couzens’ evil has condemned them to.

And because life is what it is, the anger at what Couzens did will eventually fade. We will push him to the back of our minds and move on. But Sarah’s family won’t. Their wounds will remain gaping – and that’s what murderers do to families

So when the Metropolitan Police chief Cressida Dick says: “I’m sorry”, it just doesn’t cut it. Couzens was allowed to prey on women while serving in HER force and on HER watch.

Women must be able to trust the police and the tragic irony here is that the Met’s first female police chief has failed to protect them.

Since Sarah’s murder women officers have spoken out about how sexist the Met is and how it needs cultural change and Dick isn’t capable of ­making it happen.

She had the chance after the ­disastrous Operation Midland which ruined many innocent lives – again on her watch. And she didn’t. So I don’t trust her to change it now.

And if she continues to cling on in the face of the increasing clamour for her to quit – then she shames the Force she professes to love and every decent officer in it. 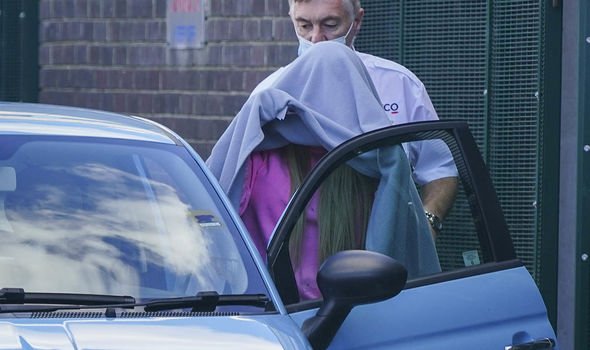 Katie Price is the mother of her own misfortunes

Do I have any sympathy for disqualified driver Katie Price who crashed her car after an all-night drink and drugs binge? Nope, not a jot.

Price has been banned from driving SIX times in ten years, she’s had numerous car crashes and she’s repeatedly been caught driving with no licence.

And I’m sorry but son Harvey cannot keep being used as an excuse for everything that happens to her. Friends are claiming that Harvey going into a residential home is partly responsible for her current situation. Nonsense.

Price just thinks the laws of the land don’t apply to her.

Worse, she can’t cope with the fact she’s blown a £40million fortune and is no longer the big star she once was. Well, she needs to try because with every botched surgery she has to try and turn back time, she looks increasingly desperate!

So that’s why Vicky B never smiles

We’re told Posh’s diet consists of steamed vegetables and toast topped with salt. Which explains why she finds it hard to ever crack a smile!

Forget the doomsters and gloomsters – this country has survived much worse

Can I just ask those frothing-at-the-mouth, hysterical doom-mongers (most of whom are embittered Remainers) screaming there’ll be no Christmas/the country is finished/that we’re in the grip of a national crisis, to calm down and get some perspective.

Not being able to buy your favourite branded chocolates at Christmas or the particular French cheese you love or this year’s must have toy doesn’t constitute a national crisis. Nor does it mean Christmas is cancelled.

Christmas isn’t about filling fridges and cupboards to bursting. It’s about family and friends. It’s about sharing a meal with the people you love. Last year our fridges were full but at the last minute, Covid stopped us from getting together with loved ones.

Now that felt like a hardship. Trouble is we live in a country that for decades has never suffered any real hardship. Those people scrapping at the petrol pumps have no idea what it’s like not to have any food at all. This is why having to queue for petrol for 20 minutes (queues that exist because of panic buying) seems like a crisis. The sooner we calm down, the sooner this situation will. No one’s going to starve! 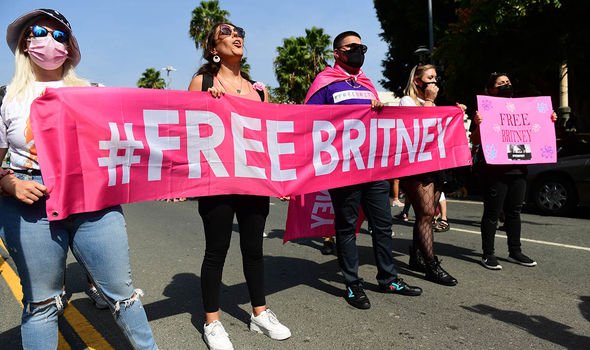 Britney’s free – let us move on

I’m delighted Britney Spears has wrested back control of her multi-million pound fortune from her manipulative father. She’s a 39-year-old woman and even if she does mess up her life and her finances – both are hers to mess up.

But does this story really warrant the frenzied global headlines it’s had? Cries of “Free Britney” have been ringing out around the world with people sobbing, hugging and laughing in the streets.

Read More:Does Dame Cressida Dick have no shame at all? asks CAROLE MALONE