THE SHOW | The Crown

THE PERFORMANCES | Season 5 of Netflix’s royal drama chronicled the slow, painful demise of Prince Charles and Princess Diana’s marriage, and at times, it was hard to remember what they even liked about each other in the first place. But in one masterful scene near the end of the season’s penultimate episode, the newly divorced pair met in private to share a few laughs and take a hard look what went wrong with their relationship, with Debicki and West bringing shocking candor and fresh vulnerability to the two former sweethearts.

In the extended scene — it’s just the two of them for about 12 minutes of screen time — Charles dropped by Diana’s residence after their divorce became final, and though she was guarded at first, they rediscovered a bit of their old spark, with Debicki softening Diana’s steely gaze and West adding a lightness to Charles’ tough exterior. They even giggled together as Diana tried and failed to cook him an omelet, with Debicki and West displaying a warmth we hadn’t seen between these two since they first started dating. The long history between them hung heavily in the air, though: After Charles paid Diana a compliment, he added ruefully, “I probably didn’t do that enough, did I? Say nice things.” West was surprisingly kind and contemplative as Charles surveyed the wreckage of their marriage, with Debicki tearing up as Diana opened up about her insecurities. But the old conflicts crept back in, and they ended up screaming at each other, with Charles finally admitting he only married Diana “because I had no choice,” which landed like a knife to Diana’s heart. After he stormed out, Debicki dissolved into sobs that it seemed like Diana had been holding inside for more than a decade.

It was a mesmerizing scene because in it, Charles and Diana weren’t the future King of England and the beloved Princess of Wales; they were just two former spouses looking back on their time together with a bittersweet mix of affection and regret. This sort of intimate peek behind the curtain is what we watch The Crown for, and Debicki and West’s penetrating work gave us a whole new level of insight into what kind of emotional turmoil lies behind the stately gates of Buckingham Palace.

HONORABLE MENTION | Emily Blunt was utterly sublime across the final two episodes of The English, as Cornelia gradually accepted a fate she did not deserve — an incurable bout of syphilis inflicted upon her by the rapist who also gave her her son. She knew full well that her midnight dustbath would do nothing to wash the disease from her body, but Blunt was nothing short of spellbinding as Cornelia gave into the madness and attempted to dissociate from her own decline. She was even better later on, when Cornelia described the toll that syphilis took on her boy, who died at the tender age of 14. This scene was the exact opposite of Cornelia’s dustbath. She managed to maintain her composure, even as tears streamed down her face. But Blunt made us feel every ounce of her character’s unrelenting heartbreak as she expressed gratitude for the helpless child who primed her for her eventual demise. 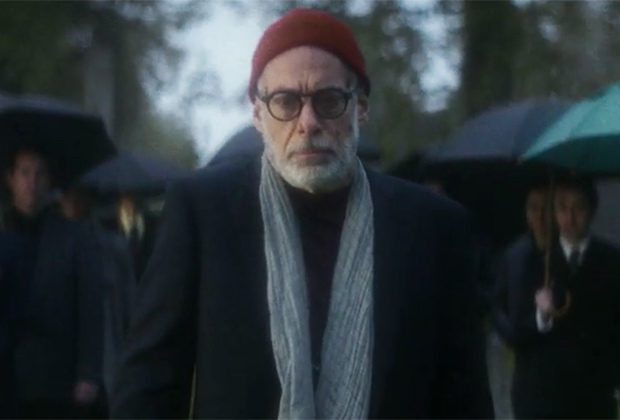 HONORABLE MENTION | Gino Barelli’s relentless pursuit of the truth never wavered during American Horror Story: NYC’s five-week run, nor did the work of Joe Mantello, whose gripping turn as a gay Manhattan newspaper reporter at the dawn of the AIDS crisis anchored the hauntingly true-to-life season. As one of the show’s few surviving characters (and not for long), Gino was given an extended spotlight in Wednesday’s heartbreaking finale, giving Mantello one last chance to command the screen with another revelatory performance. That powerful montage of Gino fighting through the years, both for his own life and for the future of his community, will remain with us for a long time. 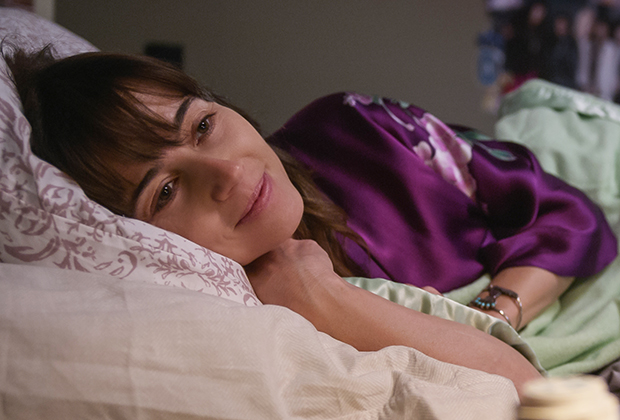 HONORABLE MENTION | For Linda Cardellini‘s Judy Hale, the events of Dead to Me have always been an exercise in maintaining her chipper demeanor as her personal life implodes — an endeavor that only got tougher in the Netflix comedy’s third and final season, where (spoiler alert!) Judy battled cervical cancer. In Episode 6, which found Judy undergoing chemo, Cardellini seized every chance to showcase Judy’s full spectrum of emotions, punctuating even Judy’s most optimistic moments in that treatment chair with notes of sadness and fatigue. And just when we were feeling forlorn, Cardellini (and her ever-terrific co-star Christina Applegate; we’ll have more to say about her performance) easily shifted gears for a hilarious sequence in which Judy and Jen tripped on mushrooms. Dead to Me‘s swan song may have taken Judy on a wild, often-unforgiving ride, but Cardellini dazzled at every hairpin turn.

Harry Styles and Olivia Wilde split — Here’s what we know