Scenes From A Marriage

A forensic portrait of a troubled relationship, the classic original 1973 Swedish TV series was written and directed by one of cinema’s all-time greats, Ingmar Bergman, and starred his muse and sometime romantic partner Liv Ullmann.

According to popular myth, it sent divorce rates rocketing by inspiring unhappy wives to confront their partners about their own marriages. This new five-part adaptation, starring Jessica Chastain and Oscar Isaac as an American couple, is compelling and features terrific performances – Chastain and Isaac have incredible, combustible chemistry, but no one would ever confuse it with an out-and-out laugh-fest. 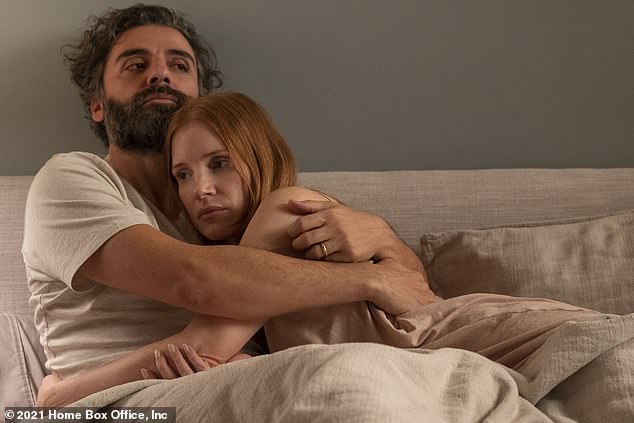 This new five-part adaptation, starring Jessica Chastain and Oscar Isaac (above) as an American couple, is compelling and features terrific performances

It makes The Affair look like a light-hearted, feelgood comedy. Marriage counsellors have been placed on standby and all leave has been cancelled. NOW, from Monday

This Danish mystery starts when a rural policeman discovers three bodies in a remote farmhouse. Then we leap forward in time to a gruesome murder in the present day.

How is this crime linked to the murders we saw earlier? The six-part series is based on the the debut novel of Søren Sveistrup, creator of The Killing. Netflix, available now 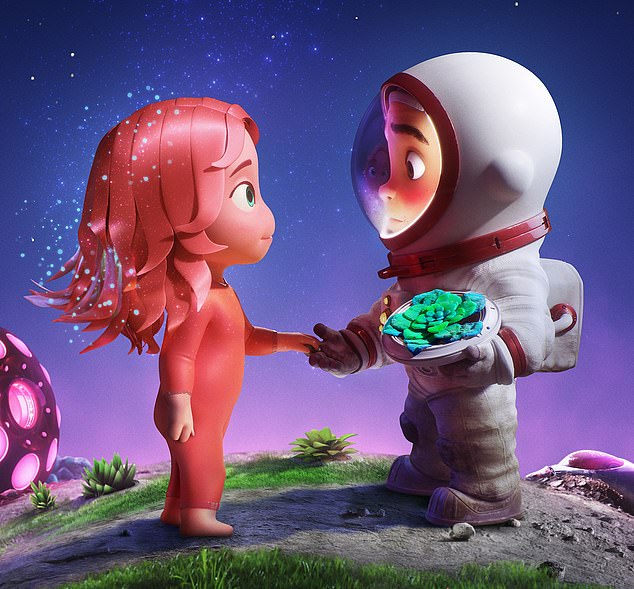 In a charming animated short, an astronaut crash-lands on a small planet and his chances of survival look slim until a pink alien also finds herself stranded

In a charming animated short, an astronaut crash-lands on a small planet and his chances of survival look slim until a pink alien also finds herself stranded. The director, Joe Mateo, created the story after the death of his wife from breast cancer, and viewers might find themselves feeling a bit teary. Apple TV+, available now 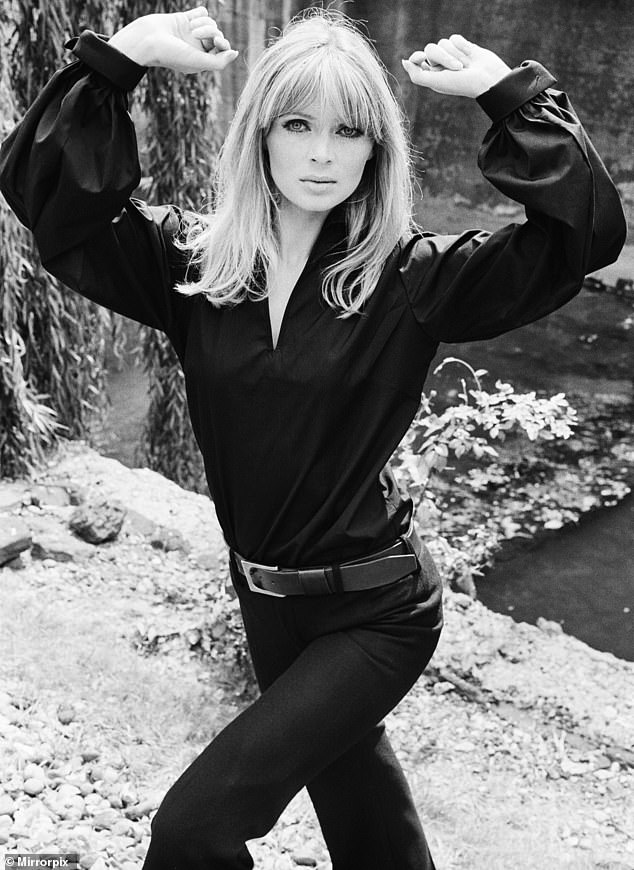 Fronted by Lou Reed and the Teutonic Nico (above), The Velvet Underground were the antithesis of the hippy dream

Fronted by Lou Reed and the Teutonic Nico, The Velvet Underground were the antithesis of the hippy dream. They were also the darlings of artist Andy Warhol, and it is his banana sleeve artwork, along with songs including I’m Waiting For The Man that the band are best remembered. Apple TV+, from Friday

If you prefer spy films a little more realistic than a James Bond thriller, then check out this period drama based on a true story. It’s set during the early 1960s and stars Benedict Cumberbatch as Greville Wynne, a British businessman who becomes embroiled in the Cuban Missile Crisis.

In March 1940, Indian revolutionary Udham Singh assassinated Sir Michael O’Dwyer; he was hanged later the same year. Vicky Kaushal plays him in this Hindi-language biopic (above)

In March 1940, Indian revolutionary Udham Singh assassinated Sir Michael O’Dwyer, the former Lieutenant Governor of Punjab, in retaliation for 1919’s Jallianwala Bagh massacre; he was hanged later the same year and is now regarded as a martyr.

Vicky Kaushal plays him in this Hindi-language biopic. Amazon Prime, from Saturday

A married couple go on holiday to a remote spot to refresh their relationship but, in fact, each is planning to kill the other. Starring Noomi Rapace and Aksel Hennie. Netflix, from Friday

Catch up with the first two series of Succession ahead of its return next Monday. The show, starring Brian Cox, Jeremy Strong and Sarah Snook, is simply one of the most horribly entertaining dramas around. Series 1 & 2, NOW, available now

Douglas (Tom Hollander) is a happily married man who has planned a grand tour of Europe. But before the trip his wife Connie (Saskia Reeves) tells him she wants to separate. 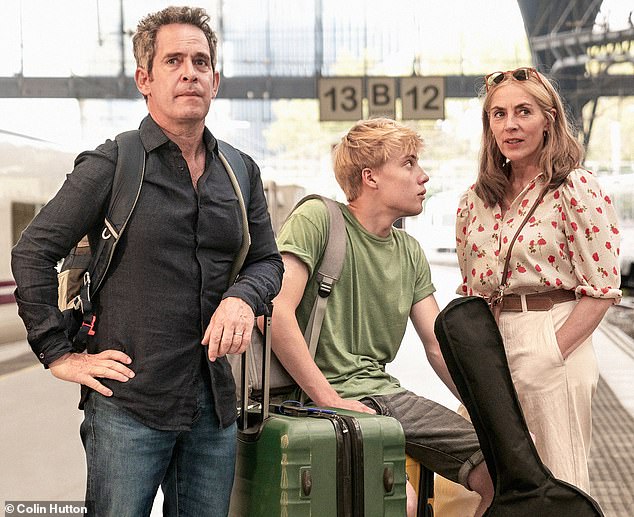 Douglas convinces Connie and their son Albie (Tom Taylor, above with Tom Hollander and SaskiaReeves) to go ahead with the vacation

He convinces Connie and their son Albie to go ahead with the vacation. BritBox, from Thursday

Freely imagined historic romp about the rise of Catherine the Great of Russia. Elle Fanning is Catherine, Nicholas Hoult is her dimwitted husband.

Kristen Bell is the eponymous teenage private investigator in this cult crime series set in the fictional coastal town of Neptune, California. 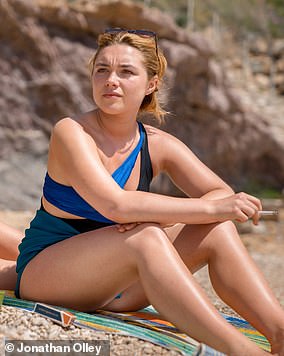 Drama based on the John le Carré novel about an actress (Florence Pugh, above)

BBC drama based on the John le Carré novel about an English actress (Florence Pugh) recruited by Mossad to infiltrate a gang of Palestinian terrorists.

The life, times and many loves of King Henry VIII. Jonathan Rhys Meyers is the turbulent monarch in a show that doesn’t stint on sex and violence.

Terrific adaptation of the Nick Hornby bestseller sees a gender switch for the main character with Zoë Kravitz as the music-obsessed, list-making loser-in-love, Rob.

Fictionalised version of the horrific real-life story of a narcissistic neurosurgeon whose cavalier approach to the job resulted in injuries and death.

Samantha Morton and Lesley Manville are the madams of rival brothels in this raunchy and explicit drama about prostitution in 18th Century London.

Set in a New York ballet company, this is a gritty eight-part dance drama about the brutality and dysfunction that can be found in the dance world.

StarzPlay is available via Amazon, Virgin and Apple

Imagine a slick, womanising private eye, with a flash Pontiac GTO and a cool leather jacket. So far, so Miami Vice. But then stick him in remote, rugged Newfoundland, Canada, and you’ve got Jake Doyle (Allan Hawco). 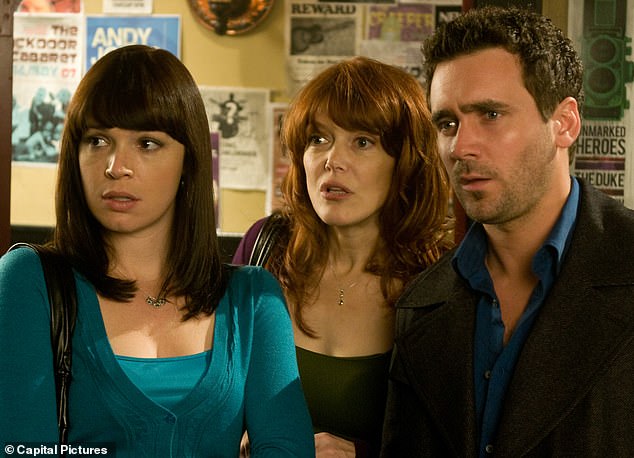 Imagine a slick, womanising private eye, but then stick him in remote, rugged Newfoundland, Canada, and you’ve got Jake Doyle (Allan Hawco, above, with Rachel Wilson and Lynda Boyd)

On top of that, give him an unconventional partner in crime-busting: his dad, ex-cop Malachy (Sean McGinley). Series one to four of the addictive Canadian PI show, known for its light, comedic touch and surprise guest stars (Russell Crowe, for example) can now be binge-watched. Acorn TV, available now

Another chance to enjoy this twisty, Glasgow-set thriller starring Martin Compston and Sophie Rundle. They’re an affluent young couple desperate for a baby but struggling to conceive. 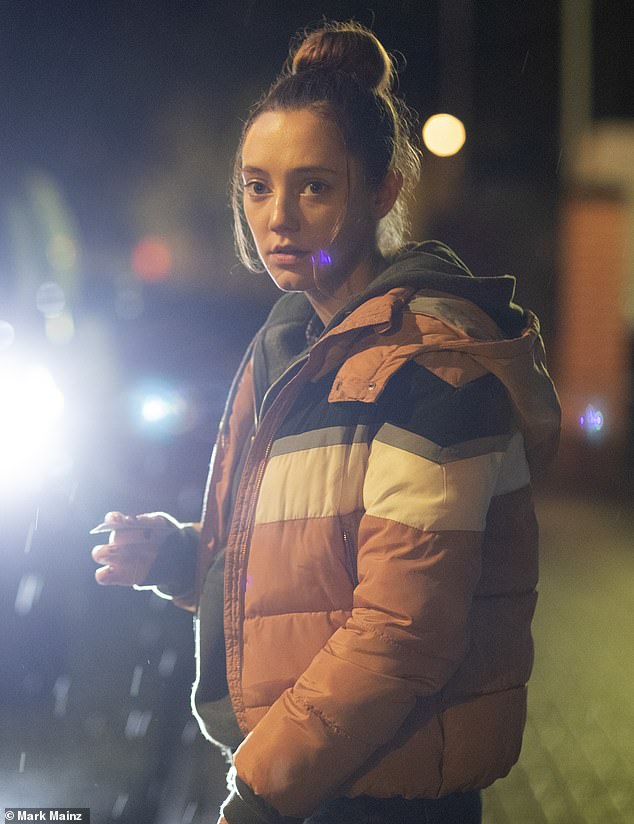 Into the young couple’s lives walks on-parole teen Kaya (star-in-the-making Mirren Mack, above), who offers to be their surrogate

Into their lives walks on-parole teen Kaya (star-in-the-making Mirren Mack), who offers to be their surrogate. But can she be trusted? BBC iPlayer, available now

2 Tone: The Sound Of Coventry

Woke students complaining about racist Britain could learn much from the story of the 1970s 2 Tone label, which with its acts The Specials (with Terry Hall), The Selecter and Madness aimed for racial harmony through a blend of Jamaican reggae beats and the snarl of punk. 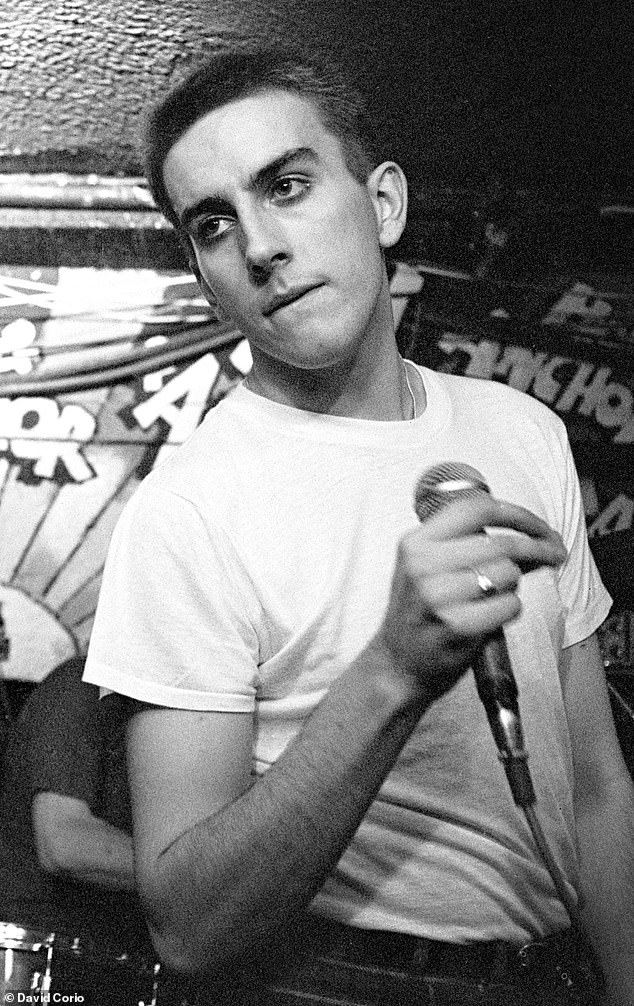 The Specials (with Terry Hall, above), The Selecter and Madness aimed for racial harmony through a blend of Jamaican reggae beats and the snarl of punk

Read More:From Scenes From A Marriage to Republic Of Doyle: The best on demand TV to watch this