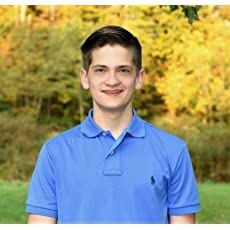 For hundreds of years, the question scientists have been scrambling around to solve through experimentation, disappointment and cyclical adaptation, is which scientific discipline is the coolest?

I believe (and this is a very biased opinion) that the answer is neuroscience.

Historically, physics has been given the right and honor to call itself “the study of the universe”—the relationship between all things as they relate to certain fundamental laws. Fancy stuff.

But, I’d argue, neuroscience is equally foundational. Instead of it being the study of the universe, it is the study of the object within us all that gives us the ability to perceive one in the way we do.

The study of the brain is the study of the only tool that we use when we do literally everything—from binge-watching three seasons of a show in fewer days, to writing algorithms, to creating art, for better and for worse. I like to think of it as an infinite Swiss Army knife that any dad should cherish.

My interest in the subject stems from the brain’s fragility, which I deeply relate to.

By “fragile,” I don’t mean physically (although it wouldn’t stand a chance against even the softest mallet). I mean that our brains respond, often drastically, to changes—even the ones that might feel insignificant or ones we are not aware are happening.

One change that our brains may respond drastically to is loneliness. The COVID-19 pandemic has made the study of loneliness quite simple because whole communities experienced social isolation for longer than they ever have before.

In one study conducted at Massachusetts Institute of Technology, a group of 40 participants were not allowed to interact with anyone in any way, digital or otherwise, for 10 hours.

After this, participants were put in an MRI machine, which produces scans that show brain activity by tracking blood flow in each region. They were then shown social activities and the people that they had missed during the 10-hour period.

They showed high activity in brain areas associated with craving and reward, which indicates, similar to how a hungry person would crave, say, The Saweetie Meal® from McDonald’s. These participants craved the presence of other people.

In only 10 hours, brain chemistry was altered. The effects of the social isolation we experienced throughout the pandemic are still being studied.

Another example of the brain’s almost embarrassing fragility is diet. Our cognitive function may be severely impaired or optimized as a result of the foods we eat.

In an unfortunate study (for the mice) that fed them a diet high in cholesterol and saturated fat, researchers found an impairment in the rodents’ working memory. This is because, upon eating these foods, certain areas of the brain are inflamed. Certain structural proteins affect how neuron functions are impaired.

Wright et al. (et al. means “and others.” … Didn’t know that until about a month ago) show that a higher quality diet, conversely, is associated with better performance, especially in areas of verbal retention and memory, regardless of other factors.

Sleep is another factor that is largely determinant of general cognitive function. It is well established that sleep is important for bodily restitution and tissue recovery. Beyond those physiological purposes of sleep, it is essential for cognitive performance, especially memory consolidation.

Sleep loss, however, is associated with activation of the sympathetic nervous system, which may lead to an increase in blood pressure and secretion of cortisol (the hormone most associated with feelings of stress).

Unlike with people, the brain and its response to all kinds of stimuli is not something we can trick. When we make a decision that is not particularly conducive to the optimal function of our brains, we cannot avoid the consequences because we are the consequences.

Physics and neuroscience answer a similar question, but from different angles: What is more complex—the universe or the electric Jell-O that lets us perceive it?

In that way, I concede, physics is very interesting. But neuroscience is far more foundational than people give it credit for.

What at first seems like just another -ology is actually the cause of our perception of the entire homo sapiens experience. Everything, from organized religion to “Among Us.” For better and for worse.

Read More:Gray Matters: Neuroscience is cooler than physics – The Brown and White