How Do I Know if I Have an Eating Disorder?

by admin
in Binge Eating

Eating disorders are about more than a person’s relationship with food. These complex mental health conditions can affect your relationships, your academic or professional success, and your goals in life.

Left untreated, they can also be deadly. Nearly 30 million Americans, or 9% of the population, will have an eating disorder in their lifetime. And more than 10,000 deaths each year are the direct result of an eating disorder, making them the second-deadliest behavioral health concern behind opioid use disorder [1].

Eating disorders can be even more dangerous for certain populations. Black, Indigenous, and people of color (BIPOC) who have eating disorders are half as likely as white people to be diagnosed or receive treatment. Transgender college students have reported suffering from disordered eating at four times the rate of their cisgender classmates. And women who have physical disabilities are more likely to develop eating disorders [1].

Understanding the Definition of an Eating Disorder

According to the National Alliance for Eating Disorders, there’s a significant difference between disordered eating and eating disorders. Disordered eating doesn’t interfere with a person’s ability to function but may include irregular eating patterns as well as judgment around food or their body.

Eating disorders, however, represent a significant range of behaviors involving food and eating. They can impair your physical and mental health and make it difficult to function on a daily basis [2].

Before we get into the warning signs to look for to tell if you have an eating disorder, let’s go through the three most common types of these devastating conditions.

Avoidant/restrictive food intake disorder (being restrictive in what you eat to the point of struggling to meet appropriate nutritional needs) and other specified feeding and eating disorder (all other eating disorders that don’t fit the previous clinical definitions) round out the five eating disorders listed in the Diagnostic and Statistical Manual of Mental Disorders, Fifth Edition (DSM-V).

To further differentiate if you’re struggling with disordered eating or meet the criteria for an eating disorder, it’s important to understand what signs and symptoms to watch for.

Common Signs that you Might Have an Eating Disorder

All the eating disorders mentioned above can present differently. For the most part, though, there are some common signs that could indicate that you may have an eating disorder.

The first step in getting help for an eating disorder is recognizing that you need it. With the right level of professional treatment, someone who is diagnosed with an eating disorder can learn healthier eating habits, develop a better relationship with food, and get their life back on track. 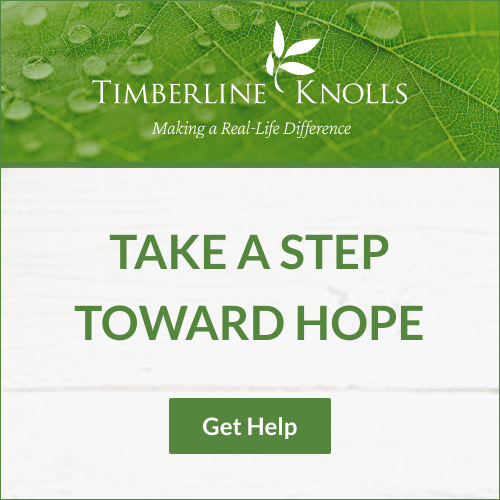 Timberline Knolls is a residential treatment center located on 43 beautiful acres just outside Chicago, offering a nurturing recovery environment for women and girls age 12 and older who are struggling with eating disorders, addiction, trauma, and co-occurring mental health conditions. An adult partial hospitalization program (PHP) is available for step-down and for women to directly admit. By serving with uncompromising care, relentless compassion, and an unconditional joyful spirit, we help our residents and clients help themselves in their recovery. For more information, please visit www.timberlineknolls.com.

The opinions and views of our guest contributors are shared to provide a broad perspective of eating disorders. These are not necessarily the views of Eating Disorder Hope, but an effort to offer a discussion of various issues by different concerned individuals.

We at Eating Disorder Hope understand that eating disorders result from a combination of environmental and genetic factors. If you or a loved one are suffering from an eating disorder, please know that there is hope for you, and seek immediate professional help.

Victor is one step ahead, Nina and Carly battle, and Thanksgiving

The Masked Singer brings back fan favorites for holiday sing-alongs