Succession just might be the biggest show on TV right now. Not in terms of viewership per se (that’d be Squid Game or something), and not even in budget (Prime Video’s upcoming fantasy series look way more expensive). But rather in the sheer craft and power of its intensely modern story. The HBO series has accumulated a fierce fanbase since its first two seasons were released, and it sounds like the long two years of waiting for season 3 have paid off. 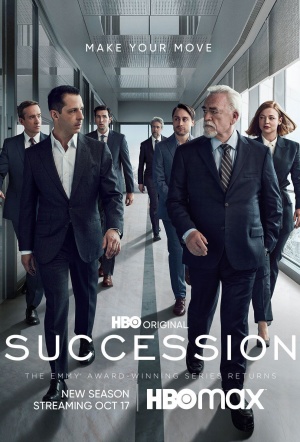 As with the corrupt characters of the Roy family dynasty themselves, there’s some serious pedigree behind the scenes of Succession. Creator Jesse Armstrong got his start on biting British series like Peep Show and The Thick Of It, and producers include Adam McKay and Will Ferrell.

The cast is unimpeachable, with Brian Cox as brutish patriarch Logan, betrayed in the final moments of season 2 by golden child Kendall (Jeremy Strong). With Waystar Royco under more public scrutiny than ever, it’s time to choose a new CEO: Shiv (Sarah Snook), Roman (Kieran Culkin), Gerri (J. Smith-Cameron), or some other contender? I reckon Cousin Greg (Nicholas Braun) is set to ascend at some point, once he’s bitter and twisted enough to live up to his Roy heritage, but let’s not count on it this season.

The above video gives us a taste of what to expect from Succession‘s third season: plenty of perfectly-deployed F-bombs and acerbic insults scattered through the peerless dialogue. As funny as Succession is, one of the most hilarious aspects is that the show streams on a Fox platform…whilst the narrative is obviously skewering Rupert Murdoch’s media supremacy and questions of who’ll inherit his empire.

From October 18 to December 6, fans can check out the next chapter of Succession exclusively on BINGE and Foxtel Now. Right from the season premiere, Greg gives us just what we want: “nice memes, good meme-age, and so on…”