“Consecutive sleep loss was associated with decreases in positive emotions, increases in negative emotions, and greater frequency of severity of physical symptoms,” said Soomi Lee, lead author of the study, which published Monday in the Annals of Behavioral Medicine.

Lee, an assistant professor at the University of South Florida’s School of Aging Studies and director of the Sleep, Stress and Health (STEALTH) Lab, studies sleep and the diverse factors that influence it across populations.

Adults should get at least seven hours of sleep per night, but 1 in 3 of them don’t, according to the US Centers for Disease Control and Prevention. The negative effects of poor sleep have been well documented, with its occurrence linked to higher risk of a variety of conditions such as cardiovascular disease, diabetes, obesity and, in another recent study, dementia.

Daily effects of consecutive sleep loss, however, have not been as widely researched. The new study focused specifically on day-to-day adverse effects of sleep loss, which was defined as getting fewer than six hours of sleep nightly, and whether there are cumulative effects of repeated sleep loss on daily well-being. 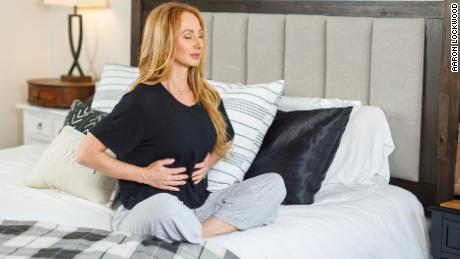 “Sleep has been one of the under-recognized health outcomes despite that sleep is very closely related to so many different health outcomes,” Lee said.

The study examined daily diary data for eight consecutive days from 1,958 adults who took the Midlife in the United States Survey (MIDUS) conducted between 2004 and 2006.

The analysis found that sleep loss for even one night resulted in increased negative well-being and decreased positive well-being, both physically and mentally. Additionally, with multiple consecutive nights of sleep loss, especially after three nights, these effects were amplified.

“When sleep loss occurs almost every day, which means (it’s) chronic, that’s when our body and mind cannot tolerate anymore,” Lee said. “The research shows that consecutive sleep loss results in incomplete recovery and stress pile-up and so degrade our daily well-being.”

As the number of consecutive days of sleep loss increased, the severity of adverse physical impacts — including body aches, gastrointestinal issues and respiratory symptoms, such as a sore throat and runny nose — also increased, according to the study.

Dr. Bhanu Kolla, associate professor of psychiatry and psychology at the Mayo Clinic with a special interest in sleep, said the findings deepen our understanding of the adverse effects of sleep deprivation. He was not involved in the study.

This study adds to what we already know, “which is (that) sleep is one of the pillars of good health, and paying attention to one’s sleep, giving ourselves enough opportunity to sleep, being aware that if you are sleep-deprived, you are going to feel poorly,” Kolla said. “This is likely going to get worse the more sleep-deprived you are, therefore making sleep a priority.” 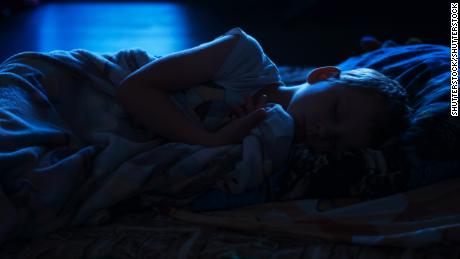 Kolla said he would like to see how soon the adverse impacts on well-being “settle down” once you go back to sleeping normally.

The study differs from most previous research since it uses real-world data instead of studying sleep in a laboratory setting, providing additional insight with a larger sample size, he said. The reliance on self-reported data rather than objective measures, however, is not ideal, Kolla added.

People don’t understand how important sleep is for both daily and long-term well-being, Lee said. She added that adult sleep routines affect those of their children and families, so optimal adult sleep is important for the general population’s health.

“We have to prioritize our sleep in daily life,” Lee said. “Because we are all busy, sleep is often compromised because of other responsibilities.”

Kolla said the study warrants further research into whether we can help people sleep longer and see if that helps them feel better. It’s Lee’s long-term goal to research and develop a sleep promotion and intervention program that is easy for participants and can be implemented in their daily lives.

Her recommendation for individuals to improve their sleep now is to recognize that sleep is one of three pillars of health along with diet and physical exercise. If you keep a regular routine that includes good diet and physical exercise, she said, there would likely be a synergetic effect on daily sleep as well. Lee also recommends sticking to a consistent bedtime and wake time as much as possible.