In a way, the show has the misfortune of premiering so close to “The White Lotus,” another limited series built around the dynamic between vacationers and staff at a high-end resort. The differences are significant enough to accommodate both, even if the listings offer one of those reminders that in peak TV truly original-sounding concepts are fewer and farther between.

The main hurdle the show faces, perhaps, is one of expectations, since it doesn’t measure up to the aforementioned series. The simple conceit involves a group of guests (nine, as it happens) arriving at an exclusive health-and-wellness retreat, which promises them a transformational experience in just 10 days.

Pulling the strings is the facility’s enigmatic director, Masha (Kidman), whose motives and tactics are every bit as difficult to decipher as the origins of her accent. The strangers could hardly appear more different, but in hushed whispers, it’s noted that Masha essentially casts each group, suggesting some higher logic at work — or worse, a bizarre rats-in-a-maze experiment. 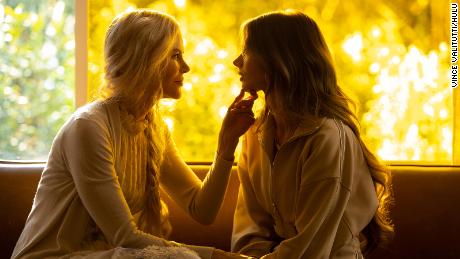 Each visitor harbors some kind of secret, from the author (Melissa McCarthy) to the journalist (Luke Evans), the divorced woman with anger issues (Regina Hall) to the former athlete (Bobby Cannavale), the four solo attendees. Throw in a family (Michael Shannon, Asher Keddie, Grace Van Patten) mourning the death of their son/brother, and a couple (Samara Weaving, Melvin Gregg) whose outward beauty masks hidden insecurities.

The guests push back to varying degrees against the regimen that Masha has in store for them, a mix of new-age counseling and deprivation, ostensibly designed as a spiritual, psychic and physical cleanse. Yet, there are early musings by the small staff that the latest arrivals might be particularly combustible, raising questions as to whether the proprietors can control the wheels they’ve set in motion.

The most basic thread connecting this show to “White Lotus” is rich-people problems, and the not-so-subtle message that having a lot clearly isn’t the same as having it all when it comes to happiness.

While the plot advances slowly, the writing compensates for that by spreading around meaty material for the actors in this adult summer camp, no small feat in this sort of exercise.

In the balance, “Nine Perfect Strangers” doesn’t achieve perfection, but it is both pretty strange and reasonably compelling. That doesn’t add up to the compulsive binge that “Big Little Lies” or “White Lotus” provided, but as TV’s version of summer escapes go, it’s not a bad trip.

Read More:‘Nine Perfect Strangers’ checks in as ‘The White Lotus’ checks out