One massive hit, a handful of smaller ones, and a promising 2022 slate signal good things are in store for the Apple TV+ streaming service.

Before it launched on November 1, 2019, there was skepticism from various quarters about the prospects of the Apple TV+ streaming service. Some questioned what Apple knew about producing TV shows, while a scathing piece in Gizmodo denounced the service as “expensive NBC.”

Two years after its launch, Apple TV+ appears to be in a strong position. While it still almost certainly trails Netflix when it comes to eyeballs, Apple’s streaming service has one big hit, several other smaller ones, and it has won lots of awards.

It has also succeeded in forming strong relationships with top-level talent both in front of and behind the camera and is set to ramp up the volume of its offerings in the coming year.

In addition, in contrast with its competitors, Apple TV+ has avoided behind-the-scenes turmoil and bad press. And unlike several of the other streaming services with which it competes, the future of Apple as a company isn’t riding on the success of Apple TV+.

The service is also at little-to-no risk of running out of money or having its parent company lose interest in it. Apple can effectively wait forever for a service or show to see success, if it so chooses.

We don’t know anything about what the profit picture is for the service, nor has Apple announced exactly how many subscribers Apple TV+ has or how many of them are still on free trials. CEO Tim Cook said on the company’s Q3 earnings call in late October that the service has “already proved itself to fans around the world.”

Of course, when it comes to talking about Apple TV+’s successes, the story begins with a certain mustachioed, fish-out-of-water soccer coach.

The massive breakout hit of Apple’s first two years wasn’t one that anyone was expecting.

Ted Lasso is a TV series adapted from a series of commercials for NBC’s English Premier League coverage several years earlier. The show stars ex-Saturday Night Live performer Jason Sudeikis, who had mostly washed out after a run as a movie star, and it dealt with soccer, a sport which American audiences aren’t exactly known for embracing.

But Ted Lasso, after it debuted in August of 2020, was embraced wholeheartedly, largely by viewers looking for positivity and optimism in an uncertain time. Many others caught up with the first season leading up to the second season, which aired between July and October of 2021.

More importantly to Apple, Ted Lasso let a lot of people know what Apple TV+ is, and got them in the habit of watching it.

Even though there was something of a critical backlash to the second season of Ted Lasso, audiences still watched it in large numbers. When Nielsen recently added Apple TV+ to its streaming ratings, Ted Lasso ranked fifth, in terms of streaming minutes for the week of September 21-26.

That made it the highest-ranking streaming show that week on any service other than Netflix.

Parrot Analytics, which measures the popularity of streaming shows by demand, listed Ted Lasso as achieving 37.5 times the average show’s demand as of the week of October 16-22. That made it the fifth-most popular show among digital originals. 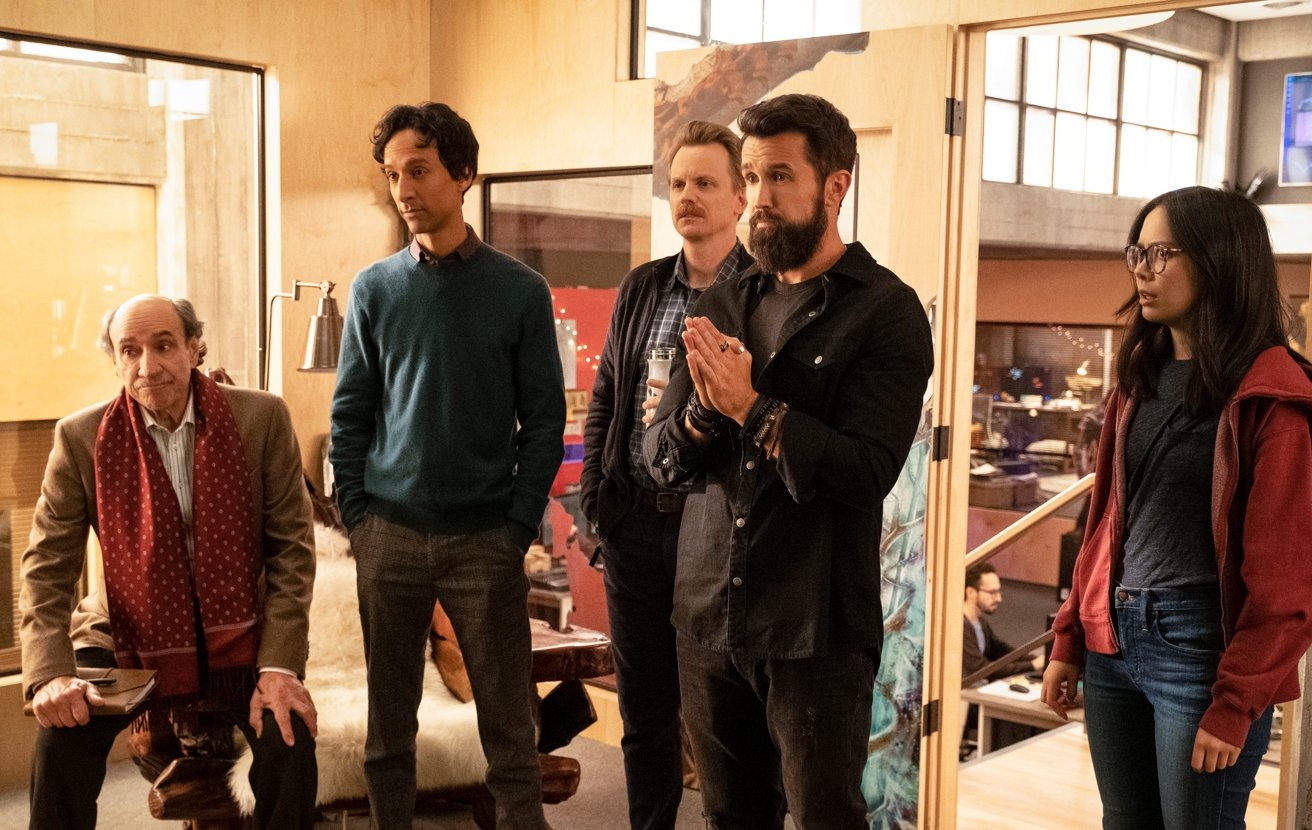 The success of Apple TV+ shows doesn’t end with Ted Lasso. Parrot, in another report in July, stated that Apple is now “fifth-largest distributor of in-demand digital original series in the world,” after Netflix, Amazon Prime Video, Disney+, and Hulu.

The report also said that shows like Mythic Quest, Servant, and For All Mankind saw increases in demand between their first and second seasons. All three have been renewed for future seasons.

“Apple TV+’s current slate of programming is growing in demand, and setting itself up to be a necessity one day instead of an option,” that firm said in the July report.

While there aren’t really universal measures for evaluating streaming audiences, there is evidence that some of Apple TV+’s shows are connecting with audiences.

“Apple’s TV platform has established an impressive track record for turning out consistently good — and sometimes great — programming for subscribers, despite offering a much, much smaller overall offering compared to the big guys in the space,” Vulture reporter Josef Adalian, who covers the streaming world in a newsletter called Buffering, wrote in February.

And Entertainment Weekly reported in early October that The Problem With Jon Stewart was Apple’s “most-viewed unscripted programming” to date, beating out Oprah Winfrey.

There’s more to come. Apple announced in April that its $430 billion investment will include “dozens of Apple TV+ productions across 20 states, creating thousands of jobs and supporting the creative industry.”

In addition, Apple has production deals in place with a long list of well-known entertainers, directors, and producers, some of which have yet to bear fruit. 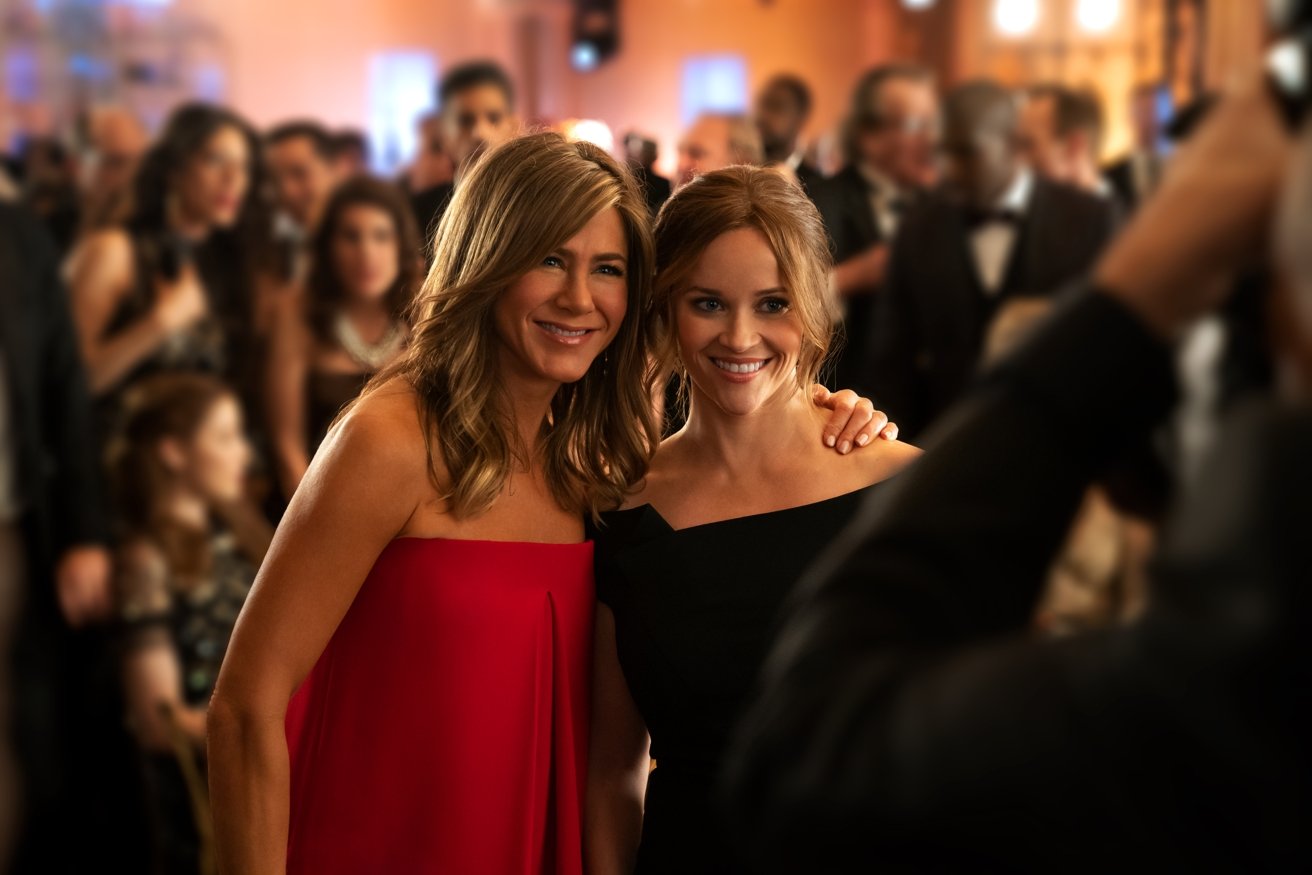 Jennifer Aniston and Reese Witherspoon on “The Morning Show”

While Ted Lasso certainly captured the zeitgeist, some of Apple’s more expensive attempts at doing so haven’t quite managed the feat.

The Morning Show was the splashiest show of the service’s launch in 2019, as the series brought in a very expensive cast (led by Jennifer Aniston, Reese Witherspoon, and Steve Carell) and set itself in the New York media world. The first season got off to a weak start and didn’t get great reviews, although it got better as it went along and ended up getting some awards attention.

The second season debuted in September of 2021, and it’s been surprisingly free of buzz. A show set in that milieu would typically count on lots of media coverage from New York media elite types, but most of the writing about the series has focused on just how wild and over-the-top its storylines have been.

It’s been getting a fraction of the attention from the chattering classes as Succession, the HBO series that also returned this fall from a long layoff.

Apple’s other big splash in the fall of 2021 is Foundation, the long-awaited adaptation of Isaac Asimov’s series of novels. Reviews were mixed, mostly praising the show’s look while expressing skepticism about the storytelling.

While the series has been renewed for a second season, if the idea was for Foundation to emerge as Apple’s answer to Game of Thrones, that clearly hasn’t come to pass.

The Hollywood insider newsletter The Ankler, in fact, asked in October if Foundation is “the biggest flop in history.”

“Foundation cost something in the range of a zillion dollars and given the public response – again, just eyeballing it – I’m guessing somewhere in the range of zero people paid to watch it,” the newsletter said.

The fall season’s most popular and talked-about adaptation of a midcentury sci-fi novel previously thought unadaptable has been Warner and HBO’s Dune, not Foundation.

Apple has also begun to cancel shows, with Little Voice and Mr. Corman meeting their ends after one season each.

In the streaming game, not everything has to hit. But for Apple, the biggest hits have not been the biggest swings. 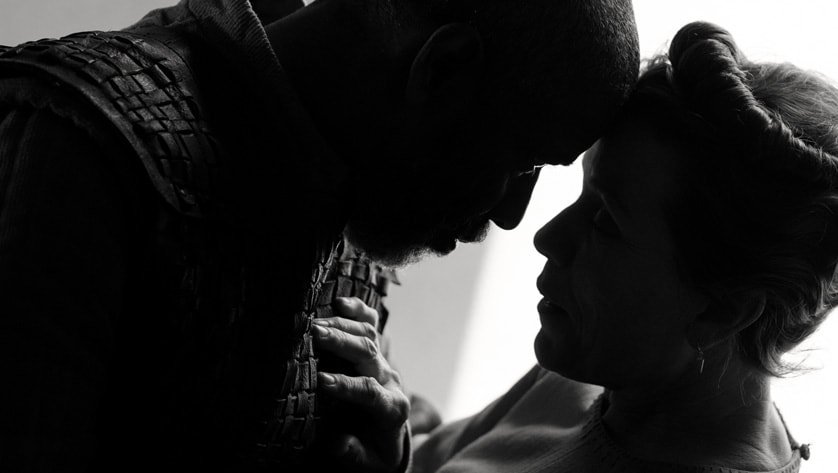 The Tragedy of Macbeth poster (Apple/A24)

Apple TV+ has included movies in its offerings nearly since the beginning. It’s featured its own, some released as part of its tie-up with A24 like 2020’s Boys State and On the Rocks, while also acquiring films from studios that were unloading them during the pandemic.