How I Met Your Father is poised to make a big splash when it returns for Season 2 — and we’ve got just the photo to prove it.

TVLine has an exclusive first look from the return of Hulu’s How I Met Your Mother spinoff, which kicks off its supersized, 20-episode sophomore run on Tuesday, Jan. 24. The photo shows Hilary Duff’s Sophie soaking wet, answering a phone call while hunched over an inflatable pool. But why, you ask? Well, here’s what we can reveal…

The episode in question, titled “Midwife Crisis” and releasing Jan. 31, finds aspiring photographer Sophie awaiting an important call from Naomi Reisberg’s gallery to learn whether or not she’s sold her first portrait. (Could this be the call??) In the interim, she lands a gig she lied to get and enlists Val to help. 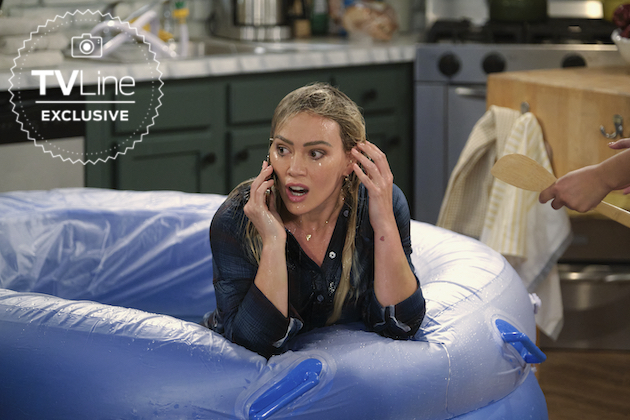 Season 1 featured appearances by original series star Cobie Smulders (who reprised her role as Robin Scherbatsky) and recurring guest stars Kyle MacLachlan (as George Van Smoot, aka The Captain), Laura Bell Bundy (as “Boats! Boats! Boats!” Becky) and Joe Nieves (as Carl the Bartender). No word yet on whether any additional alumni will appear in Season 2.

Take a closer look at the newly released image above, then hit the comments with your hopes for HIMYF Season 2.

Christina Hall Shares She Has Mercury and Lead Poisoning

Christina Hall Shares She Has Mercury and Lead Poisoning

The Link Between Dopamine and Binge Eating

Cynthia Bailey revealed that she is in love