Before Clark knows it, the clock reads 1 a.m. She eventually dozes off and wakes up the next morning exhausted, her phone on her nightstand blaring her alarm at 6 a.m.

This cycle of staying up late and regretting it the next day is all too familiar for many people, even before the pandemic. In recent years, the phenomenon has been dubbed “revenge bedtime procrastination.”

Revenge bedtime procrastination may be a newer term, but the type of sleep schedule it describes is not, said Dr. Rajkumar Dasgupta, assistant professor of clinical medicine at the University of Southern California Keck School of Medicine in Los Angeles.

“Revenge bedtime procrastination is just a cry from overworked people, and they’re actually trying to put off bedtime just a little bit so they can reclaim something for themselves,” Dasgupta said.

Stuggling to keep a bedtime routine

It’s normal for people to want time to themselves at night, but it becomes an issue if they’re tired during their waking hours due to lack of sleep, he said.

Clark, an associate director at FasterCures who lives in Alexandria, Virginia, said she didn’t have trouble falling asleep until the pandemic forced her to work from home.

Her internal clock wakes her between 5:30 a.m. and 7 a.m. regardless of how late she stays up, so she’s had to turn to coffee and soda to stay awake during the day, she said.

Her days used to follow consistent routines, but since the pandemic hit Clark said she has struggled to create a nighttime routine. She partially attributed it to not wanting to accept pandemic living.

“If I do adapt to the new way of living, it’s like I’m accepting that this is reality, and I don’t want it to be,” Clark said.

Brian Sinclair, a software engineer in Albuquerque, New Mexico, said revenge bedtime procrastination has been stealing his sleep long before the pandemic hit. It began about five years ago when his second child was born, leaving him with less time for himself, he said.

“There’s a whole lot of lack of control in my life,” Sinclair said, and the evening hours are when he said he takes back control. He often finds himself playing video games or falling into a rabbit hole on YouTube, he said.

Why people do it

Staying up late mindlessly scrolling or watching the television could be someone’s attempt to reduce stress, said Vaile Wright, senior director of health care innovation at the American Psychological Association.

“We know that just mindlessly scrolling and not really interacting in a meaningful way actually increases our stress as opposed to reducing it,” Wright said.

People may also be having a difficult time shutting down at the end of the workday because boundaries have been blurred since the pandemic began, she said. 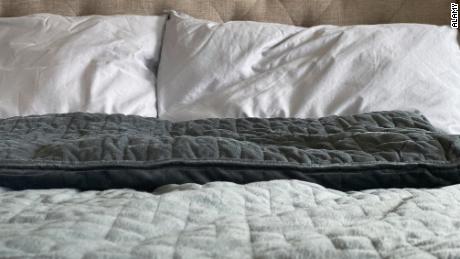 Sinclair, who currently works for Indeed, is a work-from-home veteran and has been virtually commuting for over a decade. However, his work schedule shifted when the pandemic hit to accommodate his children’s online learning.

He spends part of his morning helping his son with online school because the 8-year-old has a hard time staying focused, Sinclair said. Afterward, he hands off the responsibility to his wife for the majority of the day.

Consequences of staying up late

Not getting enough sleep leads to sleep deprivation, which can affect your mental and physical health, Dasgupta said. He said some common consequences are decreased productivity and a rise in cortisol, a stress hormone.

When you go to bed significantly later and wake up around your usual time, you risk accumulating sleep debt from the hours lost, according to Dasgupta. The only way to get rid of sleep debt is to sleep the number of hours that you missed, which he says isn’t possible for most people.

Studies show cramming in extra shut-eye on the weekends isn’t the most effective way to make up on lost sleep. People failed to offset the effects of poor sleep during the week — such as snacking, weight gain and disrupted circadian rhythms — by sleeping in on the weekends, according to a 2019 study published in Current Biology. 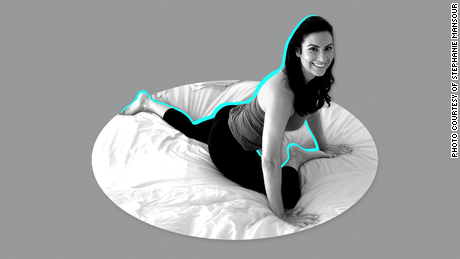 Researchers found if someone sleeps in on the weekends, but their sleep quality is poor, they tend to overeat and gain weight.

The amount of sleep someone should get is different for each person, but generally adults should receive seven to eight hours of sleep per night, Dasgupta said.

Using technology late at night can also affect our sleep, he said. Screens emit a blue light, which Dasgupta said suppresses the release of melatonin, a hormone that help controls your sleep cycle.

How to stop sabotaging your sleep schedule 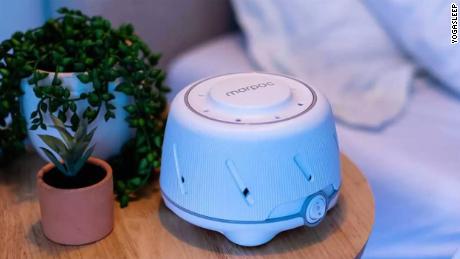 It’s completely normal for your sleep schedule to be imperfect, especially during a pandemic, Dasgupta said. He recommended people transition to sleep both physically and mentally.

Dasgupta said most people like their bedrooms “quiet, dark and cool.” He also suggested people engage in an activity they enjoy like meditation that helps them fall asleep.

Turning off electronics and not bringing them to bed is another strategy to fall asleep, he said.

A strategic power nap could also reduce a person’s sleep debt, according to Dasgupta. He recommended a 15-to-20-minute nap between noon and 2 p.m. A nap any longer could lead someone into deeper stages of sleep, he said, which could cause longer sleep inertia, the sleepiness someone feels right after waking up.

During the day, people should strengthen their boundaries and schedule time for themselves, Wright said. Clark said she’s working to schedule breaks in her day to do activities like exercising.

She said this will help her “have time to kind of take a breather that’s also good for my physical and mental health.”

Read More:‘Revenge bedtime procrastination’ could be robbing you of precious sleep