THE PERFORMANCE | There was no shortage of remarkable performances in the finale of Animal Kingdom (recapped in full here). But when the smoke cleared, the TNT drama’s last distinction in this column had to go to Hatosy, whose Pope, despite being as unstable and dangerous as they come, had assumed the role of the series’ broken heart and lost soul.

In “FUBAR,” when not playing action anti-hero as the erstwhile Andrew fought like hell to escape from the authorities, Hatosy drew us two pictures, each as different from the other as day is from night. In the first, as Pope choked down his fear that he was saying goodbye to his kid brothers as he assured them that he wasn’t, the actor reminded us that his character’s capacity for love was second only to his capacity for violence. Pope didn’t just care about his siblings, he cared so deeply that it hurt. He cared so deeply that “I’ll come find you” sounded less like a statement than a plea. This was the Pope that he’d wished he’d been for his ill-fated sister, Julia.

Later, Hatosy let loose a fury that burned with greater intensity than the fire that Pope would soon start as he confronted treacherous nephew J (Finn Cole, his work blistering and raw). The fugitive was in for a shock, however, when instead of beg for mercy, J spat accusations, forcing his uncle to own the weakness that had led him years earlier to abandon Julia. In a harrowing instant, Pope’s life flashed before his eyes, and with it, every failing.

His face contorting, his voice faltering, Hatosy made us feel as much as let us see the weight of Pope’s guilt crushing him. When at last he collapsed, peace as near as the flames rising up behind him, we were left as relieved for Andrew as we were astounded by his portrayer.

HONORABLE MENTION | Though we didn’t need a reminder of how brilliantly Samantha Morton brought to life Walking Dead heavy Alpha, we nonetheless got a doozy of one courtesy of Sunday’s Tales of the Walking Dead. In the episode, set before Dee became the Whisperers’ merciless leader, the actress tempered her alter ego’s pragmatism and cunning with an occasional softness — a sweetness, even — that would’ve been all but alien to her future self. Certainly, there were big, bold flashes of the hardhearted villain that she’d become. (She viciously scarred maternal rival Brooke out of vindictiveness rather than necessity.) But it was in Morton’s nuanced depiction of the gentleness and sorrow that was buried deep within Lydia’s mother that we found a new perspective on a character that we thought we knew so well. 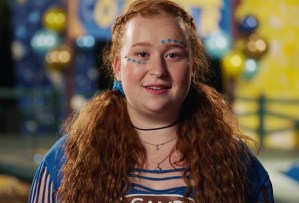 HONORABLE MENTION | Ashlyn Caswell has been walking a path of self-discovery all summer on High School Musical: The Musical: The Series, and Wednesday’s eye-opening episode found her arriving at an emotional destination. The episode also reinforced our appreciation for Julia Lester, who has navigated each step of her character’s journey with heart, humor and authenticity. Musical comedies aren’t typically known for their subtlety, which made the simplicity of Ashlyn’s aha moment even more effective. Confusion gave way to relief, and ultimately to joy, as she finally accepted herself as bisexual — even if the words to explain her feelings haven’t quite formed yet. With just one little line (“Oh… that’s why”), coupled with the kind of look that makes you want to reach through the TV and hug someone, Lester told us exactly where Ashlyn stands. And she’s definitely not standing alone. 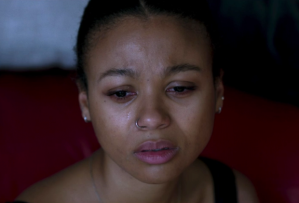 HONORABLE MENTION | Industry‘s Harper Stern received quite an emotional beatdown this week when she traveled to Berlin with a secret mission of finding her estranged brother. And she wasn’t nearly ready for the heartbreak ahead. A powerful scene between the siblings revealed an abusive backstory, and as John Daniel spoke, Myha’la Herrold cycled through a variety of feelings including adoration, disillusionment and crushing surprise. The actress handled the whiplash with ease, as her character’s otherwise steely exterior slowly deteriorated. When at one point Harper’s brother called her a narcissist incapable of love, the hurt brought her literally to her knees. Upon returning to the London office, the actress revived her character’s icy temperament as she tore Danny apart with cutting words and a somber stare-down. It was a multilayered performance that befitted a wildly complex character.

Victor is one step ahead, Nina and Carly battle, and Thanksgiving