We’ve got questions, and you’ve (maybe) got answers! With another week of TV gone by, we’re lobbing queries left and right about lotsa shows including The Rehearsal, House of the Dragon, The Good Lawyer, Only Murders in the Building and more!

1 | After watching The Rehearsal‘s finale, what were your thoughts on how the series affected six-year-old Remy in real life? Do you think Nathan Fielder did enough to help better the boy’s wellbeing? And as interesting as it was to watch Fielder go on his introspective journey of pretend fatherhood, do you hope that Season 2 will return to the show’s initial episodic format?

2 | How great was Blood & Treasure‘s casting of Lindsay “The Bionic Woman” Wagner as “The Marshal”? And are Mark Valley/Matt Barr one of TV’s best father/son castings?

3 | Before the subject was broached multiple times in the House of the Dragon premiere, had you ever in your life wondered what a dragon smells like? And were you surprised to learn how stinky they (apparently) are? Also, for Vampire Diaries fans, is bad boy-with-mushy feelings Daemon Targaryen filling that Ian Somerhalder-sized void for you?

4 | How long until one of the RuPaul’s Drag Race shows incorporates a “House of the Drag-On” challenge?

5 | Is prospective Good Doctor spinoff The Good Lawyer going to confuse audiences who, based on its title, might mistake it for a Good Wife spinoff? And what are the chances the offshoot reintroduces former Good Doctor regular Beau Garrett as St. Bonaventure’s in-house attorney Jessica Preston?

6 | Bachelorette fans, were you wishing you could reach through the TV screen and stop Tyler from gushing about how much he loves Rachel right when she’s about to dump him?

7 | With Kenny Omega back in AEW and Johnny Gargano returning to WWE on Raw, isn’t it super exciting to be a wrestling fan right now? And with WWE’s Toxic Attraction now also out of the Women’s Tag Team Championship Tournament due to injury, is it safe to say that it’s plagued? Can a Sasha Banks/Naomi return fix things?

8 | Did anyone else correctly suspect that Only Murders in the Building‘s Killer Reveal Party was set up as a sting to catch someone besides Cinda? (If so, what was your first clue?) And when Charles warns play co-star Ben to “stay away from her,” who do you think he’s referring to? Could it be Mabel? Lucy? Or do you think it’ll be an entirely new character introduced in Season 3? 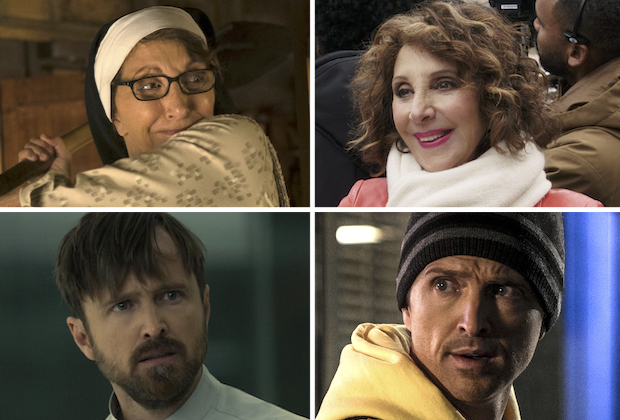 10 | Did that Tuesday-night Password contestant make you scream louder by not connecting “Gargamel” to “Smurf” (!), or when he used “chipmunk” as a clue for “hamster”?

11 | Was one of TV’s biggest twists this week that MasterChef’s Emily — who famously hates spicy food with a passion — aced the mystery box chili challenge?

12 | Was The Challenge: USA’s Hall Brawl perhaps the most disappointing version of the elimination classic we’ve seen? Like, why did the players start at the edges of the hall instead of being allowed a running start? Lastly, who do you think will come out on top in next week’s Angela vs. Sarah showdown? 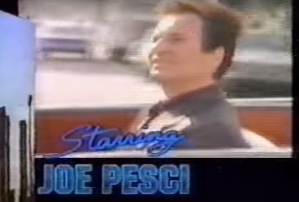 13 | By referring to Bupkis as Joe Pesci’s “first television series,” is Peacock hoping we’ll forget about his short-lived 1985 NBC detective show Half Nelson, co-starring Victoria Jackson, Dick Butkus and Dean Martin (as himself!)?

14 | Has Law & Order boss Dick Wolf‘s silence in the wake of Kelli Giddish’s SVU exit announcement been rather deafening? You’d think 12 years of service would warrant — at the very least — a hat tip in the form of a statement, right?

Hit the comments with your answers — and any TV Qs you want to ask!