The crime genre on television has been explored in various forms over the decades, and every few years, we see this genre go through a transformation that raises the bar just a little bit. HBO’s The Night Of was one such mini-series that took the regular tropes of a whodunnit but raised the standard of storytelling by making it more nuanced than anything that we had seen in the last few years.

Starring Riz Ahmed, John Turturro, among others, The Night Of aired in 2016.

What is The Night Of all about?

The Night Of tells the story of Nasir Khan aka Naz (Riz Ahmed), who gets embroiled in a murder investigation after the unfortunate events of one night. As the story opens, we meet Naz, a doe-eyed college boy, who is not having the best social life. His life is as mundane as the next person until one night when he takes his father’s cab to get to a party. A casual encounter with a woman ends up with a night of drugs and sex, but then she turns up dead.

The Night Of feels like an exaggerated cautionary tale that is completely believable.

Right from the beginning, your heart is with Naz. You know something bad is going to happen as soon as you meet him, and you just want to save him. It’s hard to watch him transform into a convict, and the more comfortable he gets through his time in prison, you can’t help but think about the lost innocence. The first few scenes of Naz at the police station are enough to know that his plea would never be heard by anyone, because it is too inconvenient. (Photo: HBO)

What works for The Night Of?

The Night Of has been created and written by Steven Zaillian (Schindler’s List, Gangs of New York) and Richard Price (The Wire). The expertise they bring to this series is evident right from the start. The easter eggs planted in the first episode itself are significant, and their repercussions last for the remainder of the series. Nothing happens here for the sake of it; everything has a purpose – from Naz’s changing relationships in the prison to the change in John Stone’s eczema.

Riz Ahmed made a splash with his performance in The Night Of and left viewers awestruck. From being a traditional good boy to becoming a crack-smoking convict, Riz does not allow you to look away. In the later episodes, the shift in his gaze speaks so much more than any dialogues could.

John Turturro’s John Stone is the attorney who takes on Naz’s case because he looks like an innocent kid. His inexpertise in cases like this is often mocked, and that, coupled with his messy personal life makes for an interesting character study.

The Night Of also explores the issues of race and religion for an immigrant family. The way Naz is treated from the moment he is arrested by the police in an ‘open and shut’ case, to the way he is treated in prison because he is a ‘real Muslim’, does not let you forget that in the land of foreigners, he will always be treated differently.

The best bits of The Night Of

The Night Of is an eight-episode series but each moment of the series feels earned. The show aired on a weekly basis when it first aired on HBO and captivated the audience instantly.

The best bits of the show came in the form of Riz’s relationship with his parents. Their changing dynamic was best translated in the scene where Riz calls his mother using a contraband cellphone, but she does not pick up, even though they have not spoken in weeks. 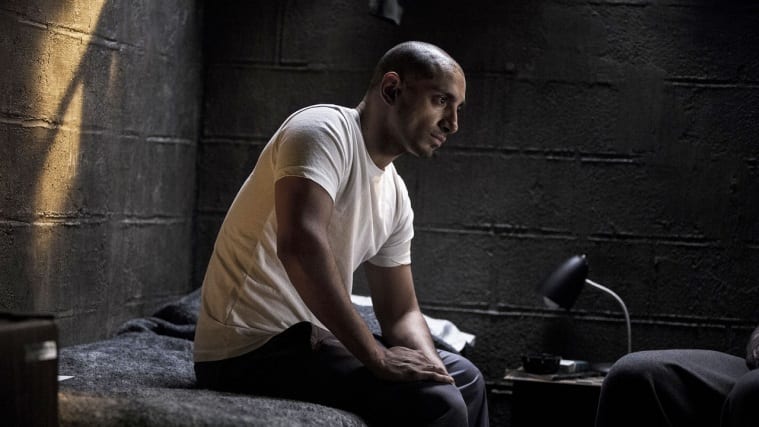 The tragic transformation of Naz breaks your heart. (Photo: HBO)

The scenes where we learn that there could have been at least four other suspects, but none of them are on the police’s radar, make you uncomfortable. The farce of ‘truth wins’ is evident here, and the hopelessness felt by Naz can be seen every time he is in court. His experimentation with drugs and his vengeful streak makes life dangerous for him, but by now, the doe-eyed college boy is far from the man we met in the first episode.

The Night Of is a strong commentary on the law enforcement system as well. The shortcuts, the laziness, the bureaucracy shown here has a universal language and unfortunately, needs no translation.

The Night Of is a haunting story that sucks you into its universe, and you stay there long after you are done with it.

The Night Of was nominated for 13 Emmys and won five awards, including one for Riz Ahmed. The show garnered praise from critics and viewers alike.

The Night Of is streaming on Disney+ Hotstar.

Read More:TV Rewind | The Night Of: The binge-worthy, nuanced whodunnit