Brain stroke is also known as a silent killer, affecting about one in four people worldwide. The medical condition is the third most leading cause of morbidity and mortality globally. 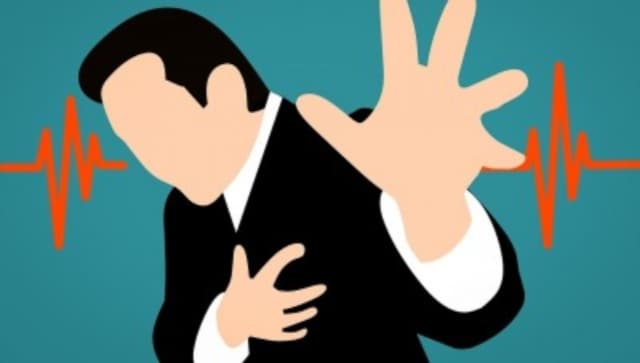 Brain stroke is also known as a silent killer, affecting about one in four people worldwide. The medical condition is the third most leading cause of morbidity and mortality globally.

The risk of reduced blood supply to the brain during a stroke or blood leaking from blood vessels in the condition depends on a number of factors such as genetic factors, obesity, alcohol intake, drugs, high blood pressure, and cardiac issues.

What are the symptoms of a stroke?

Stroke results in sudden onset of weakness of limbs, vomiting, dizziness, trouble in walking, and loss of consciousness.

Slurred speech, sudden severe headaches with no identifiable cause, impairment of memory, loss of dexterity in fingers, and trouble in understanding speech are also symptoms of a stroke.

The medical condition can often occur silently, with the symptoms developing over a span of months.

With some basic precautions, people can reduce the likelihood of strokes. This World Stroke Day, let’s focus on the simple ways through which we can reduce the chances of suffering from the medical condition:

Exercise regularly: Just exercising five times a week for a span of 30 minutes can reduce the risk of stroke by 25 percent. Around one million strokes annually are linked to inadequate physical activity.

Change your diet:
Making minor changes in your diet can help maintain a healthy weight and lower cholesterol levels, reducing the likelihood of stroke. A Mediterranean diet is said to be the best in terms of maintaining cardiovascular health and reducing strokes.

Stop smoking:
Smoking is a major cause of increasing strokes. Quitting the habit will benefit you and the health of non-smokers around you as well.

Problems in blood pressure and cholesterol can be controlled through lifestyle changes and/or medication. This in turn can lead to better stroke prevention.

About 1 in 6 strokes are linked to mental health issues.  An increased amount of stress and depression can almost double the risk of strokes and TIA (mini-strokes), particularly, in middle-aged or elderly people.

Read More:World Stroke Day 2021: From symptoms to ways to mitigate risk, here’s all you need to