Xiaomi recently emerged as the world’s largest wearable band vendor in the second quarter of the year according to Canalys. According to the report, Xiaomi managed to grab the top spot in the April-June quarter because of the launch of the Mi Smart Band 6 in the global market. The new fitness band was recently launched in India with a price tag of Rs 3,499.

When I first laid eyes on the Mi Smart Band 6, I was a tad disappointed to see the same old design that the brand has been following for the last two generations. It has the standard pill-shaped core cupped in a TPU strap housing with a pin-hole clasp mechanism. Despite the same design, I am not complaining because the Mi Smart Band 6 continues to be one of the most comfortable budget wearables. 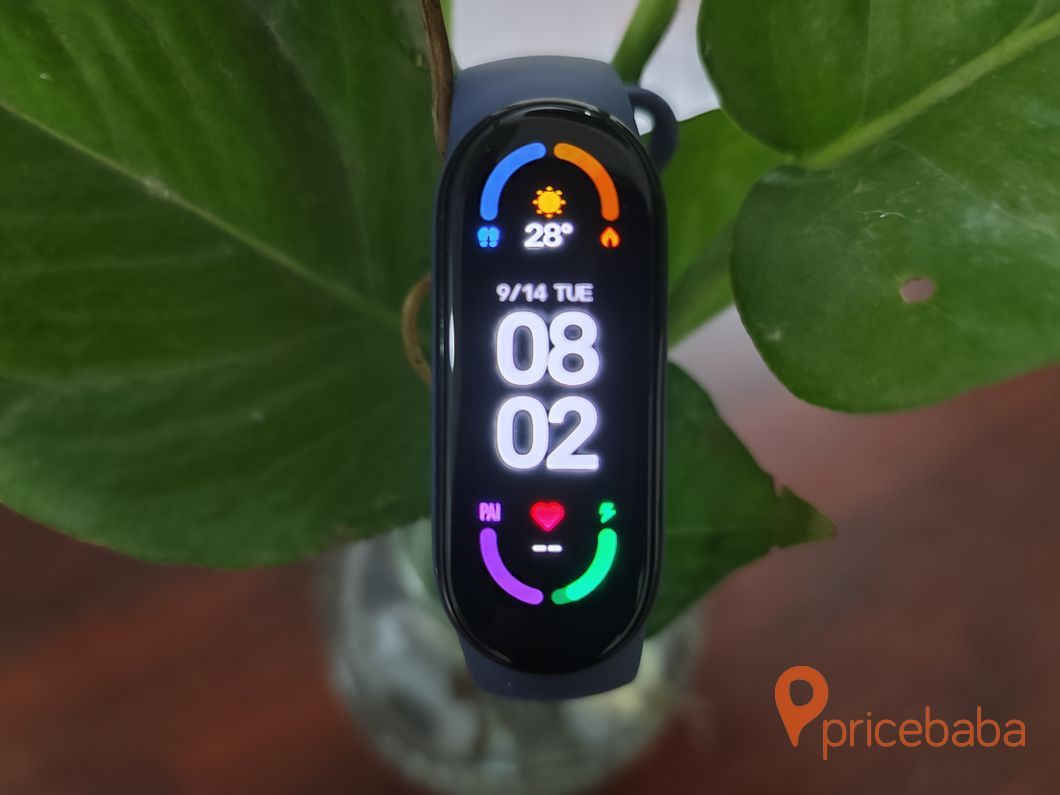 I have been wearing the Mi Smart Band 6 almost 24/7 over the last couple of weeks and never felt the need to adjust or take it off due to discomfort. What I particularly like is that the straps are made using soft TPU material, which doesn’t bite into your skin and doesn’t itch when you’re sweaty, making Mi Smart Band 6 ideal for a workout session. Moreover, the curved strap design molds perfectly around your wrist.

Bonus points for retaining the same magnetic charger from the Mi Smart Band 5, which doesn’t require users to yank out the pill from the strap to charge it. Plus, it supports Mi Smart Band 5 straps. 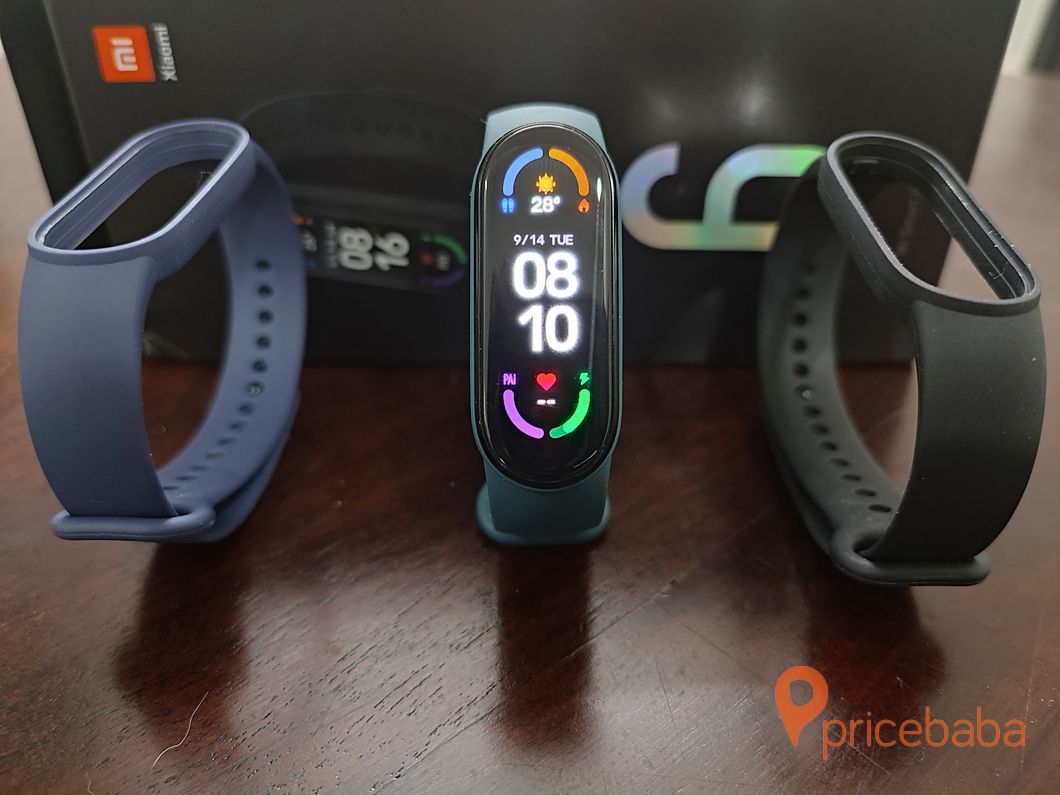 While the design and dimensions of the new Mi Smart Band 6 might be the same as that of its previous generation, Xiaomi did up the ante with the new launch. There’s no capacitive button on the display anymore and instead, the screen on the latest generation fitness tracker has been stretched to 1.56-inches, up from 1.1-inches on the previous model. During my time with the fitness tracker, I loved interacting with the all-touch AMOLED screen. The panel is vivid, sharp, quite responsive, and displays more content. However, I would have loved to see automatic brightness adjustment and always-on display on this iteration. 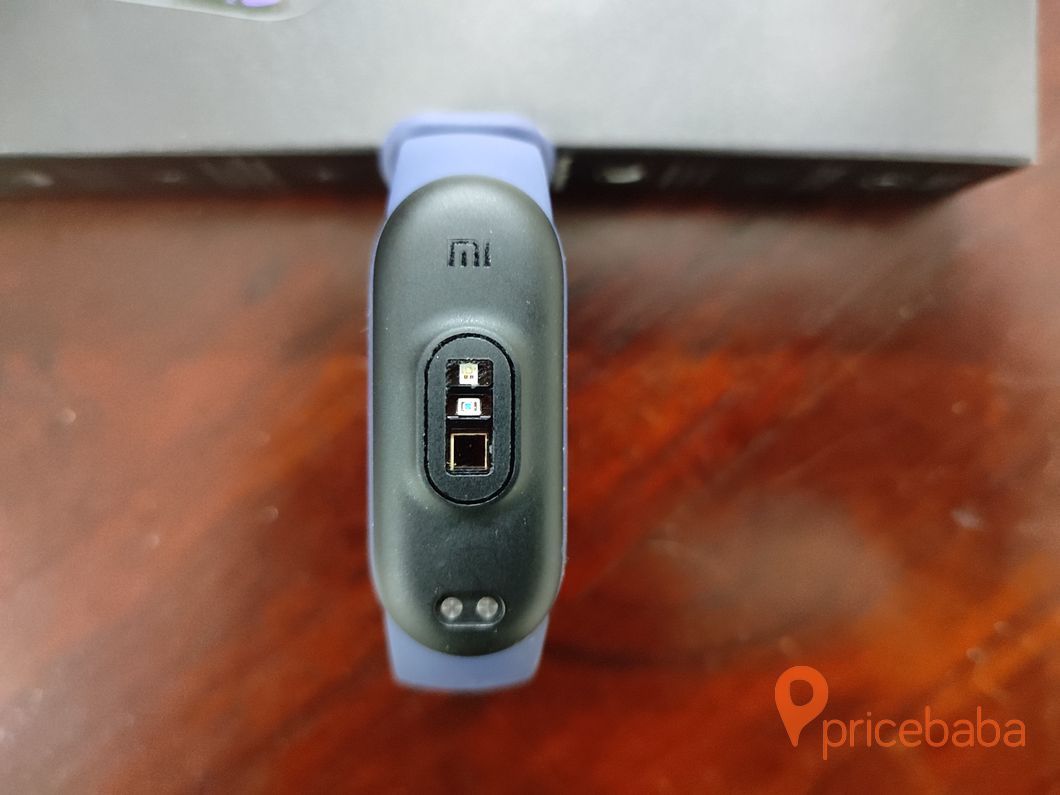 You will find the SpO2 and heart rate sensor on the back of the wearable. The two-pin magnetic charging pins are located towards the bottom of the core, whereas on top you’ll find the Mi branding. The fitness tracker is 5ATM certified, which means it is water-resistant up to 50m in fresh water.

Coming to the software, the Mi Smart Band 6 can connect to any Android or iOS smartphone through either the usual Mi Fit or Xiaomi Wear apps. I chose to go with the Xiaomi Wear app because of its clean interface. In case you already have your fitness data synced with the Mi Fit app from earlier Mi Bands, you can import the data to Xiaomi Wear from Mi Fit. I didn’t face any issue in pairing the Mi Smart Band 6 to my Xiaomi Mi 10i and data syncing was quite fast as well.

The app has three tabs, namely – Status, Workouts, and Profile. The first option shows the current data like workout history, sleep monitor data, heart rate, and much more. In the workout section, users can turn on a specific workout mode from the 30 available. The new Xiaomi Mi Smart Band 6 can automatically detect six fitness modes including walking, outdoor running, treadmill, cycling, elliptical, and rowing machine. Lastly, the profile section lists all the devices connected and tweak settings. From here you can set a personalised SMS to decline calls with, enable app notifications and alerts, set goals and alarms, turn on continuous heart rate monitoring, and control camera shutter and raise to wake, among others. 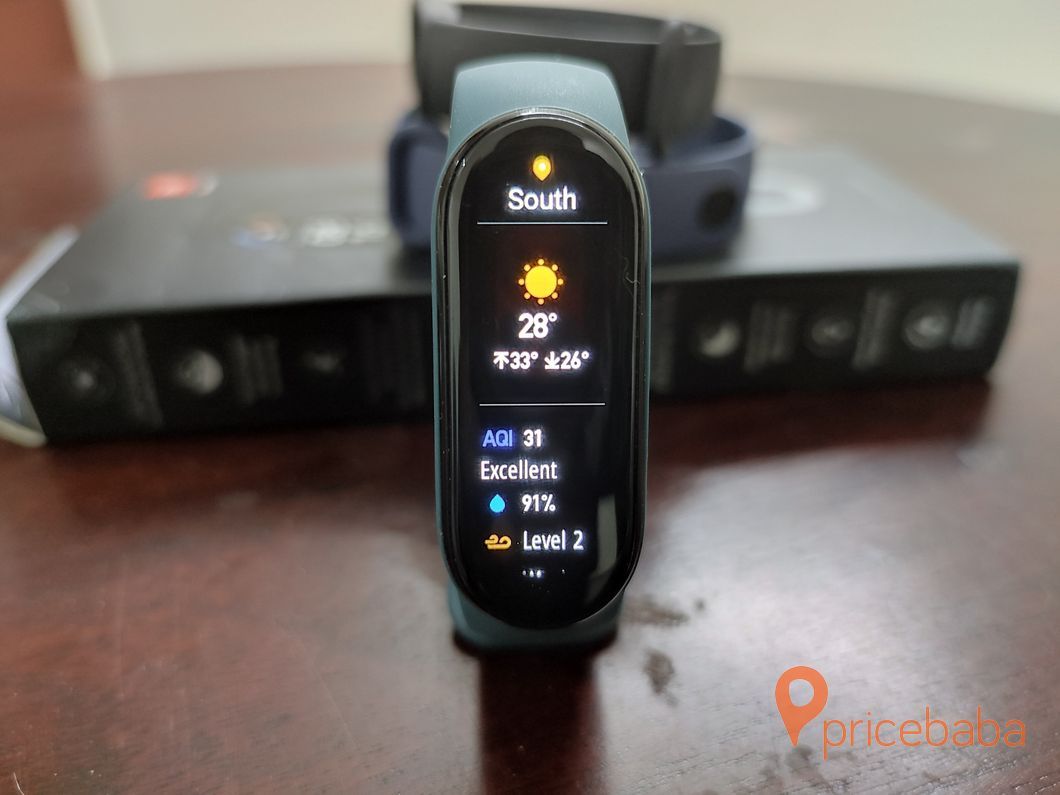 Coming to the on-device interface, you can swipe left and right on the display to switch between widgets. You can set a total of six widgets to be displayed through the Xiaomi wear app with Weather and Music Control enabled by default. I had weather, music, sleep, stress, heart rate, and SpO2 widgets set on my review unit. Swiping up and down gives you access to the whole suite of apps on the device e like PAI, workouts, settings, and more. In terms of watch faces, Xiaomi is offering 80+ watch faces to choose from but most of them are Chinese anime and cartoon-inspired. There are some decent generic ones as well. 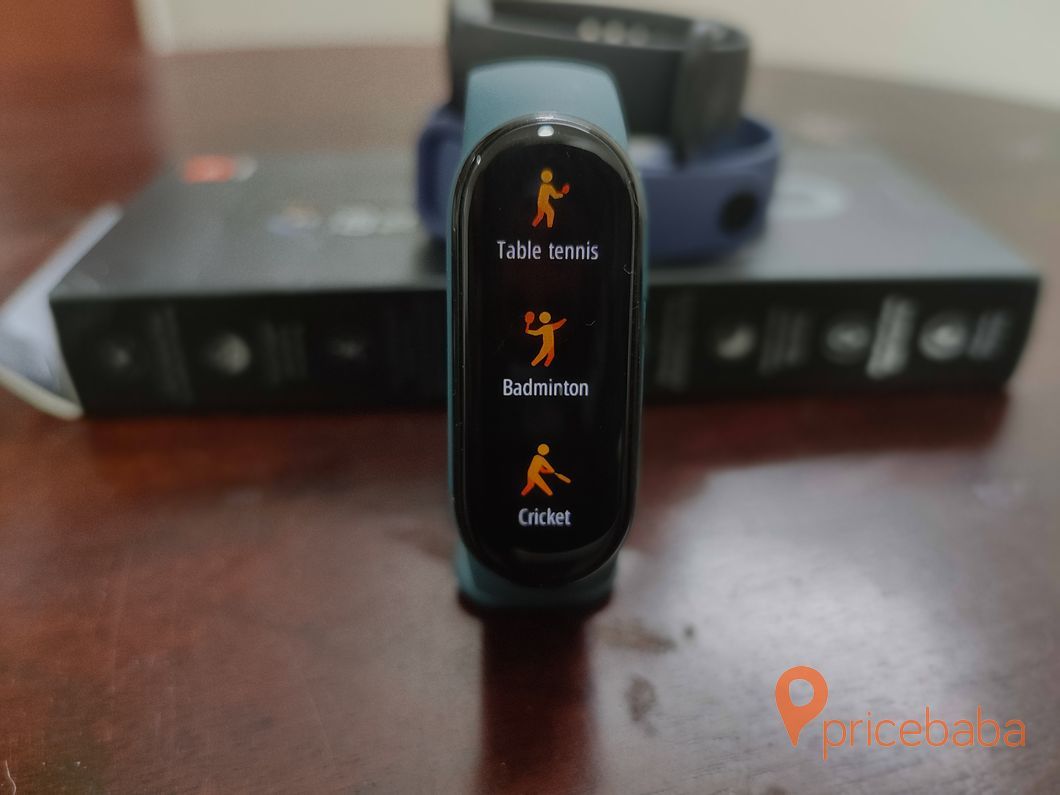 Considering I’ve been confined to my home like most of us, I didn’t get the opportunity to test workout modes as extensively as I would have liked to. However, from whatever little walk I did around the house, the step counter appeared to be correct and the automatic workout detection was able to detect when I was walking and when I started running. As for sleep detection, the tracker does an excellent job of tracking REM, and sleep data was neatly laid out in the app. However, during my stint at one point during the weekend, I binge-watched an entire season of The Newsroom in one go, lying still on my couch and the tracker documented it as light sleep. This could be accredited to the fact that I was lying still with my phone on a tripod system and no wrist movement. Apart from that, I faced no issues at all. 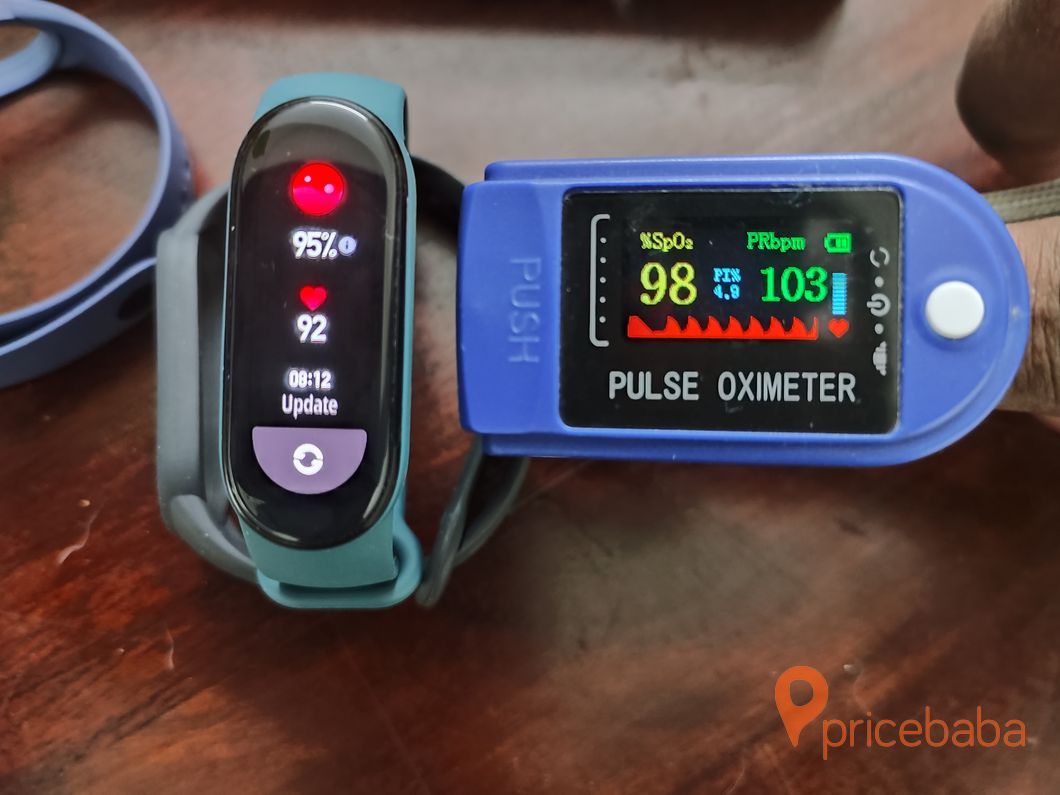 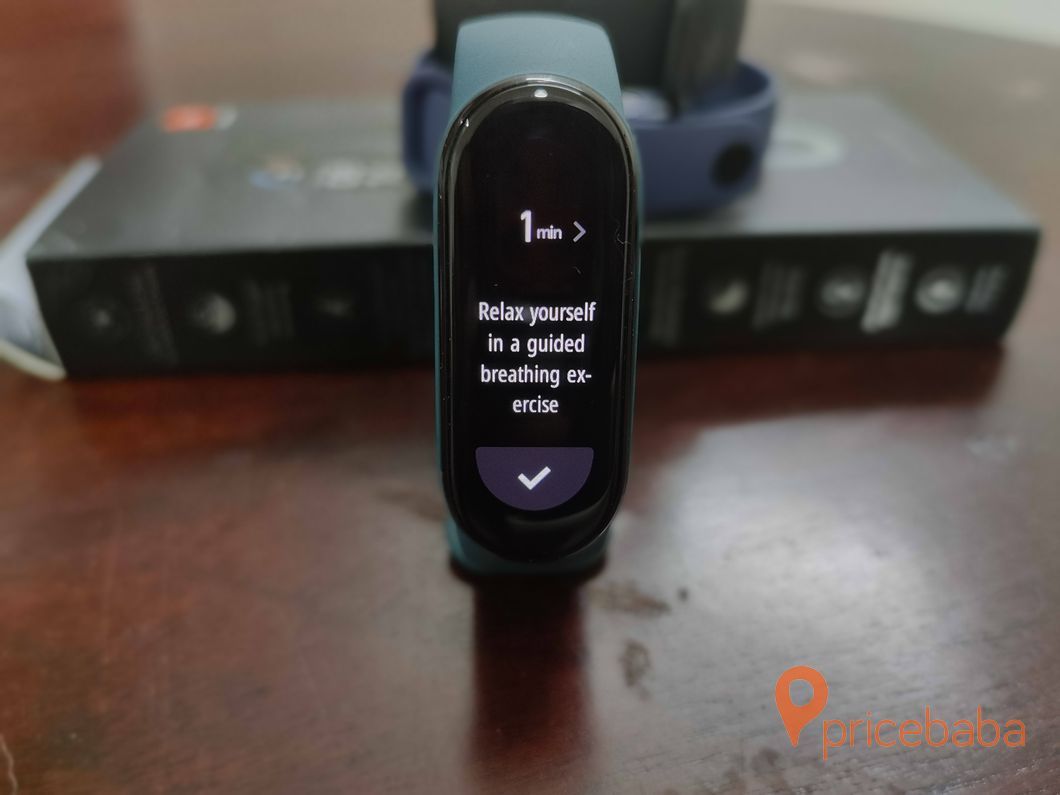 As for the activity modes, while six of them are automatically detected, the remaining 24 need manual activation either from the watch itself or the Xiaomi Wear app. You get information like step count, calories burnt, heart rate, distance travelled, and time spent. Now, for the stress and breath tracking, I found the former to be slightly gimmicky but the latter works as advertised and calms you down properly. I also like the feature where you can set up the fitness tracker to unlock your phone when nearby without a passcode or security lock. 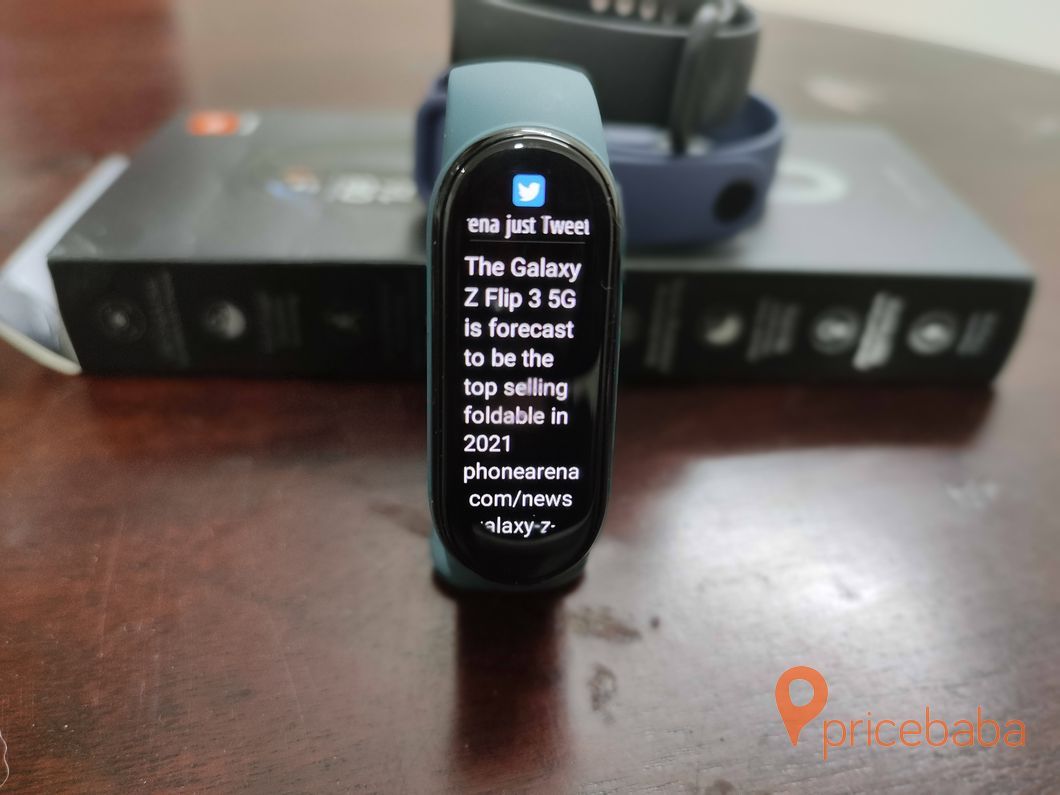 The Mi Smart Band 6 comes with the same 125mAh battery as the Smart Band 5 and is rated for 14 days backup. In my experience with the device, I had the continuous heart rate monitoring set to every five minutes, and sleep breathing monitoring also turned on. I also had notifications turned on from my primary smartphone with 50+ notifications every hour and walked for 30 minutes every day. At this usage, I managed to squeeze seven days of backup from the battery. Once I limited…